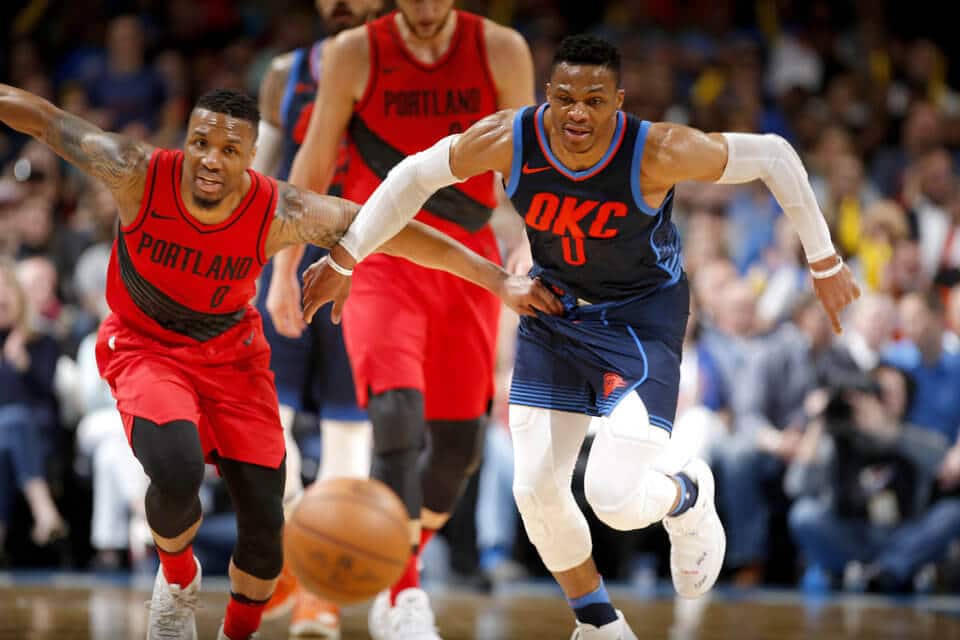 Portland is coming off Sunday’s tight 102-101 road loss to Dallas as a three-point favorite. This was its second loss in its last three games both straight-up and against the spread. The total stayed UNDER BetAnySports’ 219.5-point line on Sunday after going OVER in the Trail Blazers’ previous six games. They are 10-14 both SU and ATS playing on the road this season with the total staying UNDER in three of their last five road games.

Damian Lillard put up 30 points against the Mavericks, but it was not enough to hold onto a 15-point lead in the fourth quarter. He is averaging a team-high 26.2 points per game while also leading the way in assists with 6.4 a game. Portland is ranked 10th in the NBA in scoring with an average of 113.1 PPG and they are 15th at the other end of the court in points allowed (110.2).

The Thunder picked up a big win on Saturday night in a 117-112 road victory against Houston as 2.5-point underdogs on BetAnySports’ closing line. They have now won 10 of their last 11 games SU while going a highly profitable 9-2 ATS. The total has stayed UNDER in Oklahoma City’s last two games after going OVER in seven of its previous eight contests. It returns home for this game at 19-7 SU and 15-11 ATS on its home court.

This will be the third meeting in the season series with the Thunder holding the early 2-0 edge both SU and ATS. They beat Portland 123-114 at home on Jan. 22 as four-point favorites. Heading into Monday night, Oklahoma City is fifth in the league in scoring with 115.2 PPG led by Paul George’s 28.3-point scoring average. He posted a game-high 45 points in the win against the Rockets. Russell Westbrook added 21 points, 12 rebounds and 11 assists to the winning effort.

Portland has been playing well all season as one of the better teams in the Western Conference, but it is tough to go against the Thunder right now, especially playing at home. Take OKC to go up 3-0 SU and ATS on its division rival.