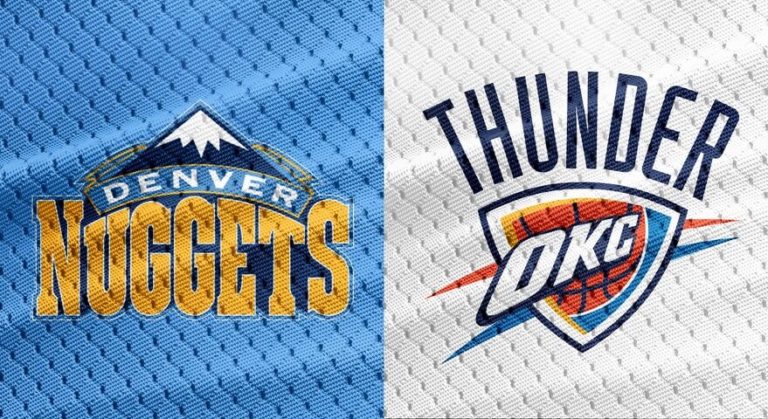 The two best teams in the Northwest Division clash this Tuesday night with the Oklahoma City Thunder on the road against the Denver Nuggets in a 10:30 p.m. tip on TNT at the Pepsi Center.

The Thunder have lost two of their last three games straight-up with a 0-3 mark against the spread after putting together a 11-1 SU run with a 10-2 record ATS in their previous 12 games going back to Jan. 19. They dropped a 119-116 decision against Sacramento at home on Saturday as six-point favorites on BetAnySports’ closing line. Oklahoma City is 17-13 both SU and ATS on the road this season with the total going OVER in five of its last six road games.

Paul George has been able to keep his name in the discussion for league MVP with his elevated play this season. He leads the team in scoring with 28.7 points per game while shooting an efficient 45.1 percent from the field. He has been able to connect on 40.3 percent of his shots from three-point range. Russell Westbrook continues to average a triple-double with 22.5 points, 11.3 rebounds and 11.0 assists a game. OKC is ranked third in the NBA in scoring with 116.0 PPG.

Denver has the second-best SU record in the Western Conference at 41-18 with a three-game lead over the Thunder in the division. With back-to-back victories against Dallas on the road and the LA Clippers at home both SU and ATS coming off the All-Star break, the Nuggets are 4-0 SU with a 3-1 record ATS in their last four games. The total has stayed UNDER in four of their last five games. Denver has covered the closing spread at BetAnySports in seven of its last eight home games.

The Nuggets have been one of the more balanced teams in the NBA this season with a scoring average (112.2) that is ranked 13th overall complementing a defense that is seventh in points allowed (106.8). Center Nikola Jokic has been a force with a team-high 20.4 points, 10.8 rebounds and 7.7 assists per game. The scoring depth on this team is about as deep as it gets with seven different players averaging at least 11 PPG.

Denver has won the first two meetings this season both SU and ATS with the total staying UNDER in each contest. I like the Nuggets SU at home on Tuesday night, but I am betting that this game stays UNDER as well.