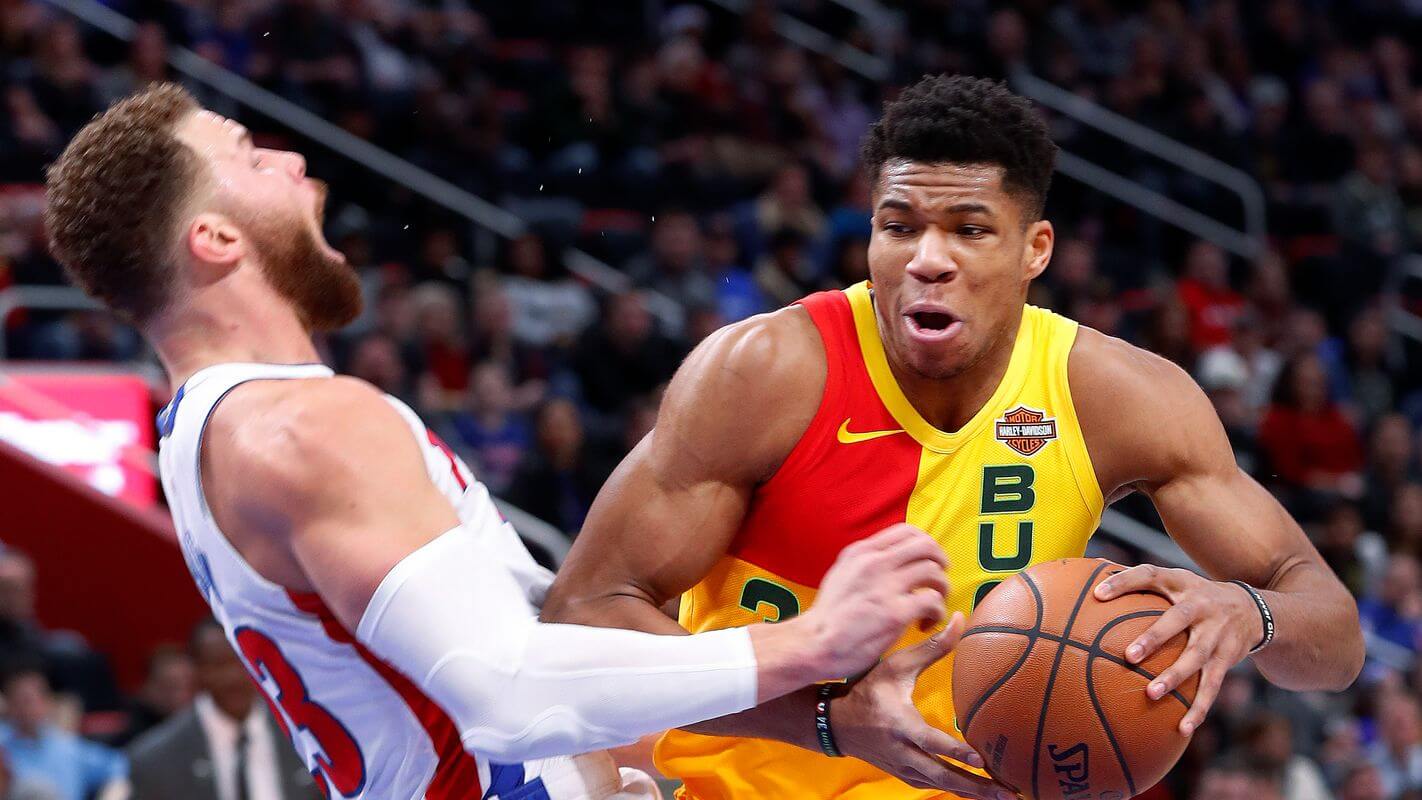 The Milwaukee Bucks and the Detroit Pistons wrap up their four-game season series in the Central Division this Tuesday night in a 7 p.m. tip at Little Caesars Arena.

Heading into this week’s NBA action, the Bucks are tied with Toronto for first place in the Eastern Conference at 35-13. They are 26-19-3 against the spread, including an even 10-10-2 record ATS on the road. They have failed to cover in their last four games coming off Sunday’s 118-112 road loss against Oklahoma City as slight one-point favorites on BetAnySports’ closing line. The total has stayed UNDER in five of Milwaukee’s last six games.

Led by Giannis Antetokounmpo’s 26.6 points a game, the Bucks are ranked second in the NBA in scoring with an average of 117.3 points. He is also leading the way in rebounds with 12.7 on a team that is ranked first in the league in this category with 49 a game. Milwaukee remains one of the best balanced teams with a defensive effort that is holding opposing teams to an average of 107.6 points.

The Pistons have struggled to a SU 5-9 record in the month of January. They are currently two games behind Charlotte for the eighth and final spot in the Eastern Conference playoffs. At 21-27 SU overall, three of those losses have come against the Bucks with a 0-2-1 record ATS. Detroit is 13-11 SU at home this season, but it slips to 10-13-1 ATS on its home court. The total has stayed UNDER or ended as a PUSH in its last five contests.

Blake Griffin and Andre Drummond are going to have to step up their games to avoid a four-game sweep at the hands of the Bucks this season. Griffin leads the team in points (26.5) and assists (5.2) with Drummond second on the team in scoring (16.5 points) while pulling down an average of 14.9 rebounds a game. The Pistons are much further down the list in scoring with 105.9 PPG, but they do matchup on defense with a respectable points-allowed average of 108.5.

The concern betting the Bucks to cover on Tuesday night is them looking past this game to a road matchup against Toronto on Thursday night. This could be a good time to sneak in a bet on the home underdogs covering with the points.