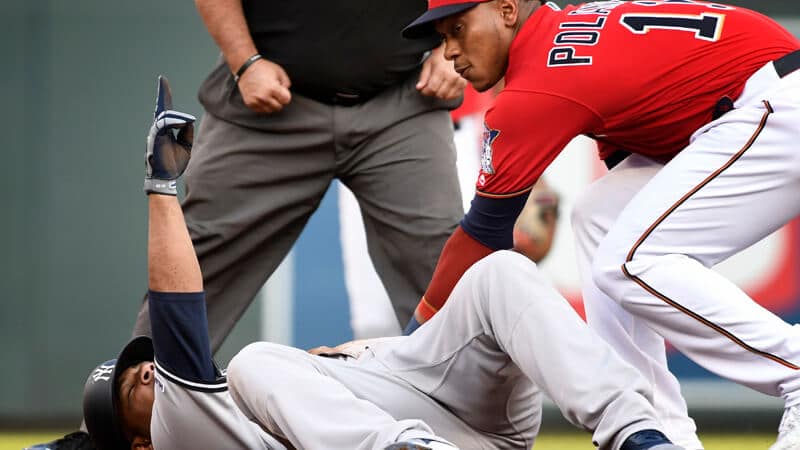 Wednesday night’s featured matchup on ESPN is the series finale between the New York Yankees and the Minnesota Twins at 8 p.m. in a battle between a pair of first-place teams in the American League.

Scoring runs has not been an issue for New York’s lineup all season long with an average of 5.8 runs a game. The Yankees’ pitching staff slips to sixth in the AL with a team ERA of 4.09. They will turn to JA Happ as their starter for Wednesday’s rubber match. The left hander is 8-5 this season with a 4.86 ERA and a 1.30 WHIP. He held Colorado to two earned runs on eight hits in five innings his last time out.

Minnesota slipped to 4-6 over its last 10 games with Tuesday’s loss. It is 61-39 through its first 100 games but the lead over Cleveland in the AL Central is down to just three games. The Twins are 3-6 in their last nine home games as part of an overall record of 31-20 at home this year. The total has gone OVER in four of their last six games played at Target Field.

This is another team that knows how to get its runners across the plate. Minnesota is right behind the Yankees in scoring with 5.7 runs per game. It also matches up closely with New York in pitching with a 4.06 staff ERA. Look for Jake Odorizzi to get the start for the Twins. He has 11 wins on the year against just four losses in 19 total starts. The right hander has a 3.18 ERA with a 1.13 WHIP

The first two games of this series have been highly entertaining for bettors looking for high scoring affairs. I am going with Minnesota in the finale with pitching the highlight on Wednesday night.