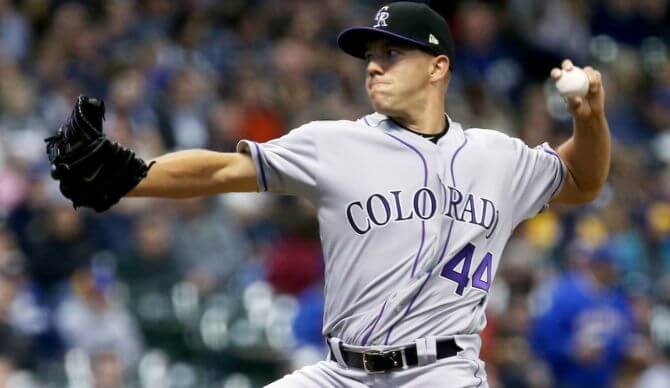 The Los Angeles Dodgers and the Colorado Rockies kick off an important four-game NL West showdown with Game 1 set for Thursday night in a scheduled 8:40 p.m. (ET) start at Coors Field.

The Dodgers split a pair of games against Oakland this week on the road after losing two of their three games against Houston at home last weekend. The 2-3 mark over their last five games has them a half-game behind Arizona in the heated NL West Division title race at 63-52 overall. Los Angeles is 4-2 in its last six road games as part of a 32-24 road record this season. The total has stayed UNDER BetAnySports’ closing line in eight of its last 11 games.

Look for Ross Stripling to get this extended series underway as the Dodgers’ starter for Thursday night. Coming off the 10-day DL due to a toe injury, he will make his first start since July 29 when he allowed four earned runs on seven hits in four innings to get tagged with the loss. The right hander comes into this game with an overall 2.68 ERA with a 1.13 WHIP. That ERA has ballooned to 4.73 over his last five starts.

Colorado is expected to turn to Tyler Anderson as its starter for Game 1. The left hander is 6-4 this season through 23 previous starts with an 4.05 ERA and a 1.21 WHIP. He lost his last outing against Milwaukee on Aug. 4 after allowing seven earned runs on seven hits including three home runs. He only lasted four innings in that outing. The Rockies have lost four of their last five games with Anderson as their starter.

With Stripling coming off the DL and Anderson getting shelled his last time out, this matchup favors the hitters on a pair of teams that know how to score runs. I am going with the OVER 10.5 runs as my ‘best bet’ in this series opener.