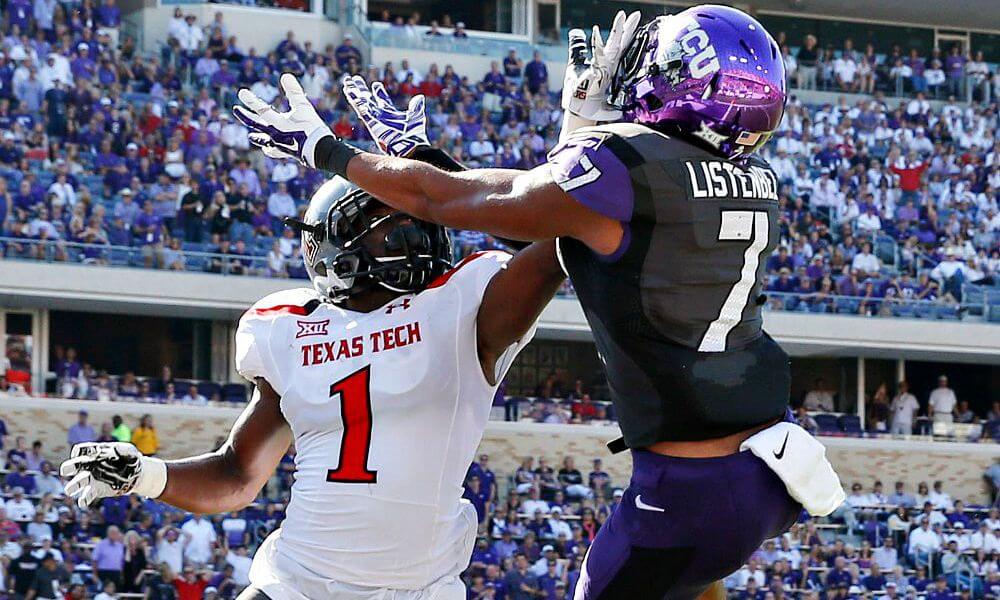 Thursday night’s featured college football matchup on ESPN is a Big 12 battle between the Texas Tech Red Raiders and the TCU Horned Frogs. This Lone Star State tilt from Amon G Carter Stadium is slated to kickoff at 7:30 p.m.

The Red Raiders had the week off after losing to West Virginia 42-34 on Sept. 29 as 3.5-point home underdogs on BetAnySports’ closing line. The total went OVER 75.5 points in that game and it has gone OVER in three of their first four games with a posted betting line. Overall, Texas Tech is 3-2 both straight-up and against the spread. It has closed as an underdog in four of its first five games.

Red Raiders’ quarterback Alex Bowman suffered a lung injury in the loss to West Virginia and his current playing status for Thursday night remains questionable. He has already thrown for 1,680 yards and 11 touchdowns as part of an offense that is ranked second in the nation in passing yards per game. If he cannot go, look for Jett Duffy to take his place. Texas Tech has averaged 48.4 points per game, but it has also allowed 31.0 points a game on defense.

The Horned Frogs are also coming off a Week 6 bye following a tight 17-14 victory against Iowa State on Sept. 29 as 11.5-point home favorites. They are 3-2 SU with a 2-3 record ATS overall with the two losses coming against Ohio State at home and Texas on the road in their Big 12 opener. The total has stayed UNDER BetAnySports’ closing line in three of TCU’s last four games.

Shawn Robinson has taken the majority of the snaps at quarterback for the Horned Frogs. He has completed 95 of his 151 passing attempts for 1,023 yards and seven touchdowns, but he has also been picked off six times. He is also one of three players to have rushed for at least 180 yards through the first five games. TCU’s strength this season is on the other side of the ball with a defense that is holding opponents to 20.8 PPG.

Bowman’s playing status could have an impact on the closing spread in this game, but I am still going with TCU both SU and ATS on Thursday night. I see the Horned Frogs’ defense containing whichever quarterback is under center.