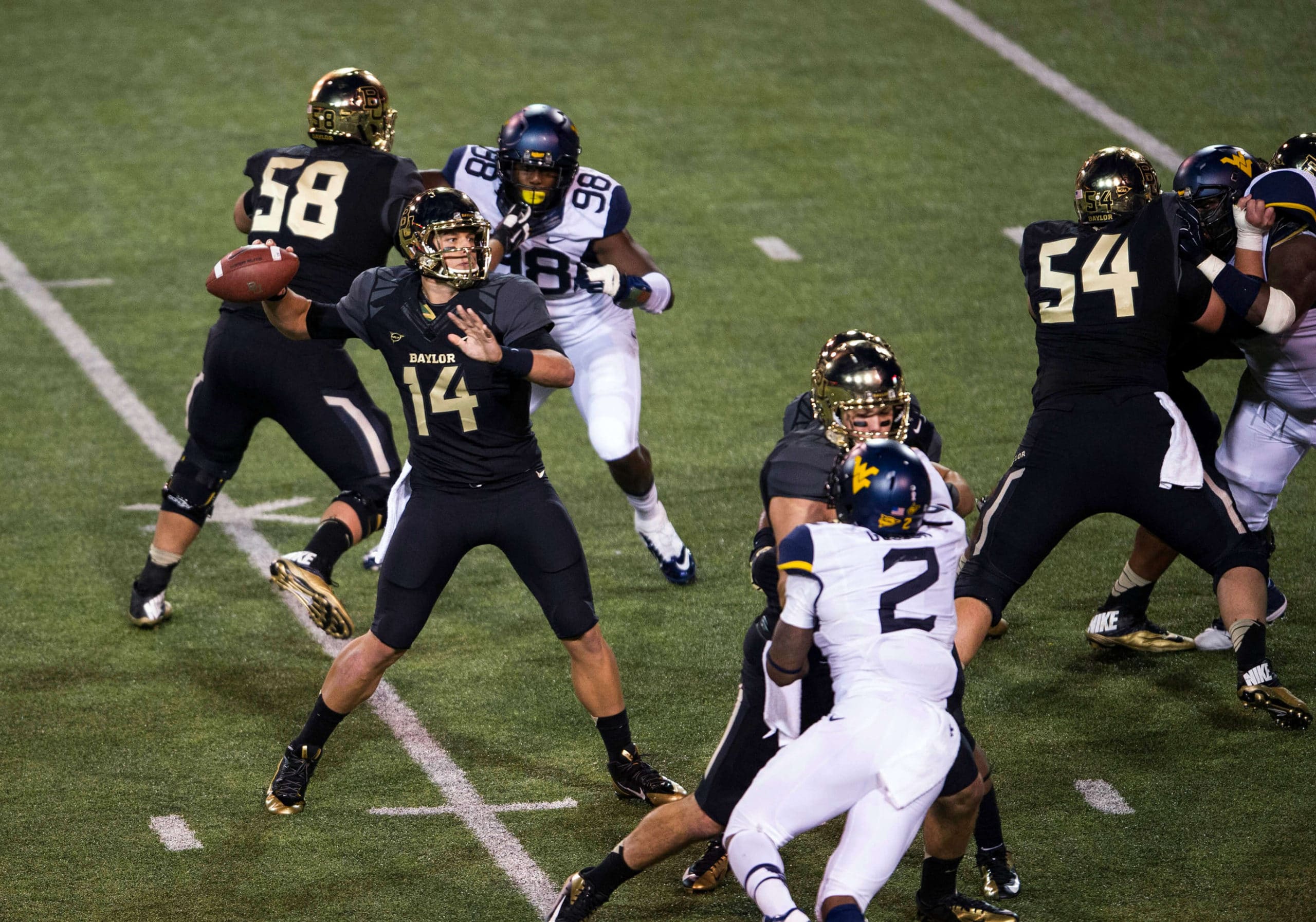 Thursday night’s college football schedule gets underway with a Big 12 tilt between the Baylor Bears and the No. 13 West Virginia Mountaineers. Game time from Morgantown is set for 7 p.m. on FOX Sports 1.

The Bears went into last week’s bye with a solid effort against Texas as 14-point road underdogs in a 23-17 loss. They dropped to 4-3 straight-up on the year and their overall record against the spread stands at 2-4-1. The total stayed UNDER 58.5 points in that loss after going OVER BetAnySports’ closing line in four of Baylor’s previous five games.

Baylor had a chance to beat Texas, but one final passing attempt into the end zone sailed long in the closing minute of play. Charlie Brewer has taken the majority of the snaps at quarterback and he has thrown for 1,798 yards and 10 touchdowns against three interceptions. The Bears are averaging 313.3 passing yards per game which is ranked 12th in the country. They are scoring an average of 33.4 points per game.

West Virginia had its chance to climb high into the AP Top 25 rankings with a perfect 5-0 SU start, but a 30-14 road loss to Iowa State as a 4.5-point favorite put the sharp brakes on that climb. The Mountaineers are also coming off a bye at 5-1 SU with a 4-2 record ATS. The total stayed UNDER 55.5 points in that recent loss and it has stayed UNDER in four of their first six games.

Will Grier has done most of the heavy lifting for West Virginia’s 11th-ranked passing offense. He has thrown for 1,919 yards and 22 touchdowns on the year with Marcus Simms gaining 498 yards receiving on 28 receptions. The Mountaineers have been able to average 35.8 PPG, which is ranked 31st in the nation and their defense moves to 28th in points allowed (20.5).

I would look for West Virginia to win this game SU with relative ease, but Baylor is still good enough to hang with the Mountaineers on the scoreboard to keep things closer than BetAnySports’ two-touchdown spread.