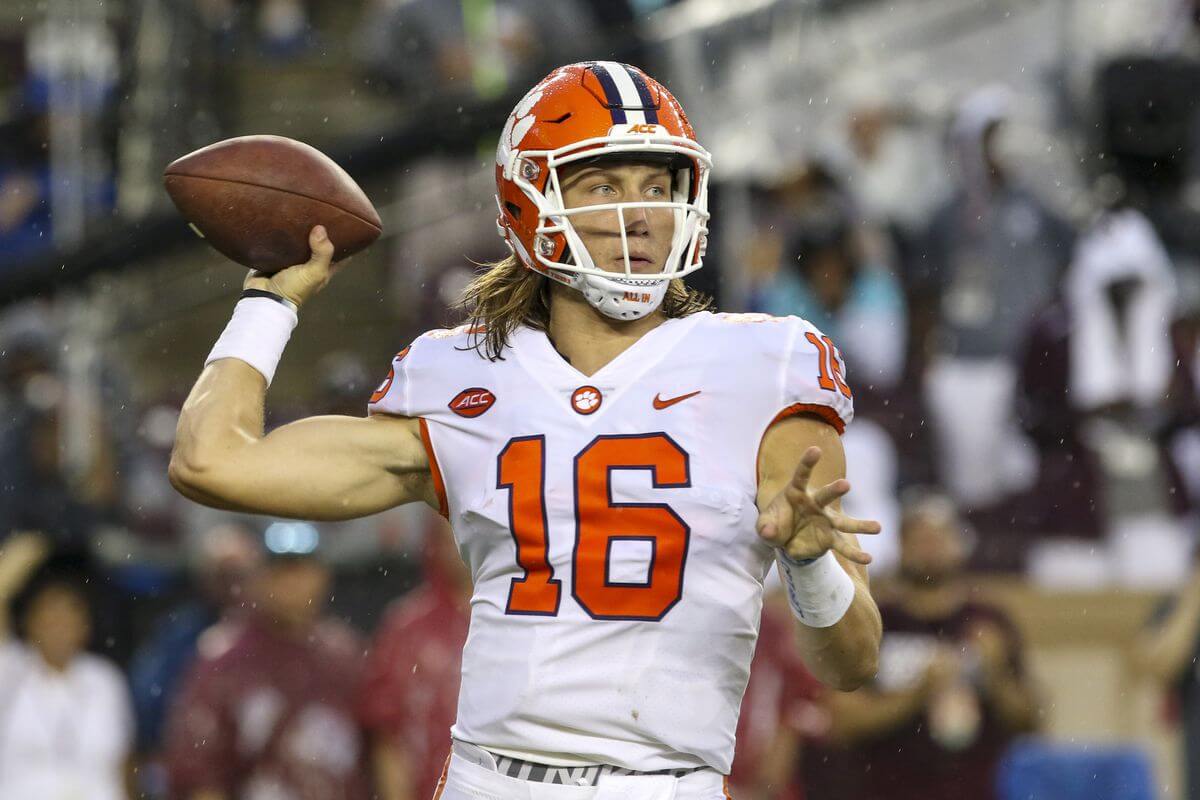 The top-ranked Clemson Tigers will get their first true test of the 2019 season when they host the No. 12 Texas A&M Aggies Saturday afternoon. Despite the Aggies being so highly ranked, BetAnySports lists the Tigers as 17.5-point favorites at home.

It was business as usual for the reigning national champions in their season opener against rival Georgia Tech. The Tigers got off to a 35-0 lead early in the third quarter before easing off the gas and cruising to a 52-14 win. They dominated on both sides of the line, doubling Georgia Tech in total yards. They overpowered Georgia Tech at the line of scrimmage, racking up over 400 yards rushing on the day, highlighted by Travis Etienne’s 205 yards on just 12 carries, three of which went for touchdowns.

If there’s one area of concern for the Tigers, it could be their three turnovers. Quarterback Trevor Lawrence only threw for 168 yards because Clemson didn’t need him to throw the ball that much. But he did throw two interceptions while Etienne lost a fumble. Those things didn’t matter against Georgia Tech, but they’re the kind of mistakes that a team like Texas A&M will take advantage of if the Tigers let them.

The Aggies also had an easy game in their opener, dismantling Texas State 41-7. Quarterback Kellen Mond looked comfortable throwing the ball, especially since A&M returns all of its key receivers from a season ago. The running game also had two 100-yard rushers against an overmatched Texas State team.

Obviously, the Aggies will get a real test, but so will the Tigers. Clemson had to replace its entire defensive line from a season ago, and now that largely inexperienced group will face a Texas A&M offensive line that returns four starters and is accustomed to facing NFL-caliber talent in the SEC. Mond and his receivers could have a big day if he gets time in the pocket.

On the other side, the Aggies lost almost their entire front seven from 2018, and now their young defense has to find a way to contain Etienne and then hope that Lawrence doesn’t shred them against a secondary that underperformed last season.

Texas A&M offensive lineman Jared Hocker was quick to guarantee that the Aggies would upset Clemson, which is certainly a bold prediction. To be fair, the Aggies only lost to Clemson 28-26 early last season. But now the Aggies will be on the road, and such a guarantee will surely get Clemson’s attention.

The Tigers have some questions that can only be answered against a quality opponent. However, Clemson reloads as well as any team in the country, so their younger players will be fine and ready for the moment. Bet on Clemson to cover the 17.5-point spread against Texas A&M.