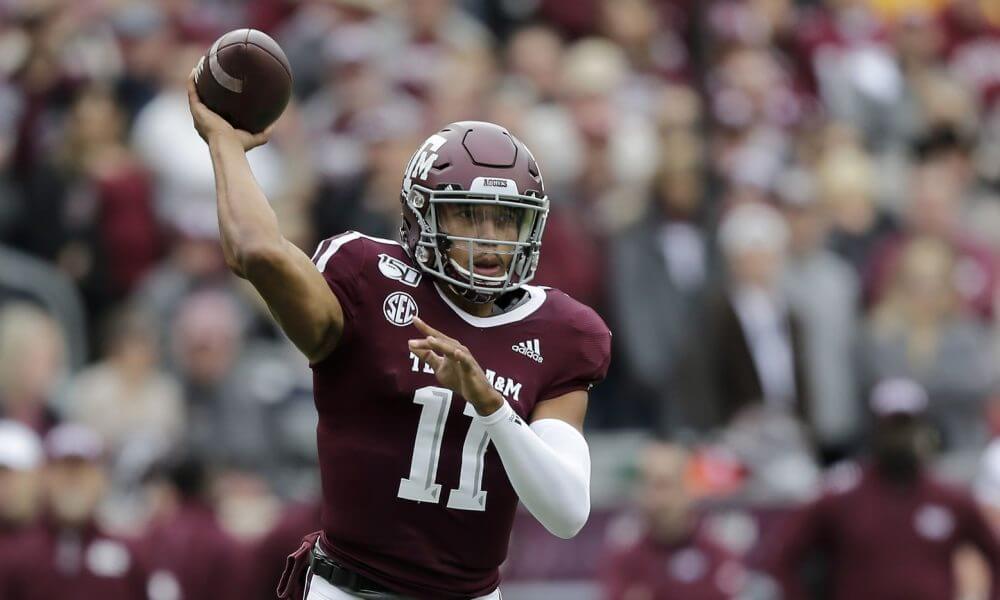 The college football picture has been shaken up in the craziest of ways with Tua Tagovailoa out for the rest of the season at Alabama.

While the injury is unfortunate for anybody who loves to watch football at the highest level, Georgia is a big winner to potentially get into the College Football Playoff now, though it has some work to do.

The Bulldogs were already ranked No. 4 in the CFP rankings and have the potential to keep their top spot after locking up the SEC East this past weekend.

Georgia will be home on Saturday to take on Texas A&M, and many are predicting this to be a potential upset game for the Bulldogs. Let’s breakdown the matchup and help you determine your best bets.

Texas A&M has a great offense and has been a solid team all season long. The problem is that they are not elite.

Ever since joining the SEC, the Aggies have been fighting to be considered one of the best teams, and while they have a high standard of excellence, they have yet to be consistently elite.

If anyone is going to make noise in this game for A&M, it is going to be Kellen Mond hooking up Jhamon Ausbon at wide receiver with passes downfield.

Ausbon is A&M’s leading receiver and can create a matchup problem for any defense in the country with his big-play ability.

For Georgia, Jake Fromm appears to have taken a step back from last season, but D’Andre Swift has upped his game and looks like he could be yet another Georgia running back that is headed to the NFL.

Swift leads Georgia in rushing and is the backbone of their offense. I love everything about his game, and he could have a monster game in this contest as the Aggies give up over 130 yards rushing per game to opposing teams.

Georgia will be pulling a heavy favorite in this contest, as our friends at BetAnySports have them at -13 over the Aggies. There is upset potential, but the Aggies could have a hard time scoring against this tough Georgia defense.

I see everyone trying to sniff out the upset potential, but I don’t see it here. Georgia should be able to lock up this game and begin to start looking ahead to the SEC Championship Game, where it will likely take on No. 1 LSU.

Take Georgia in this matchup, and don’t look back.