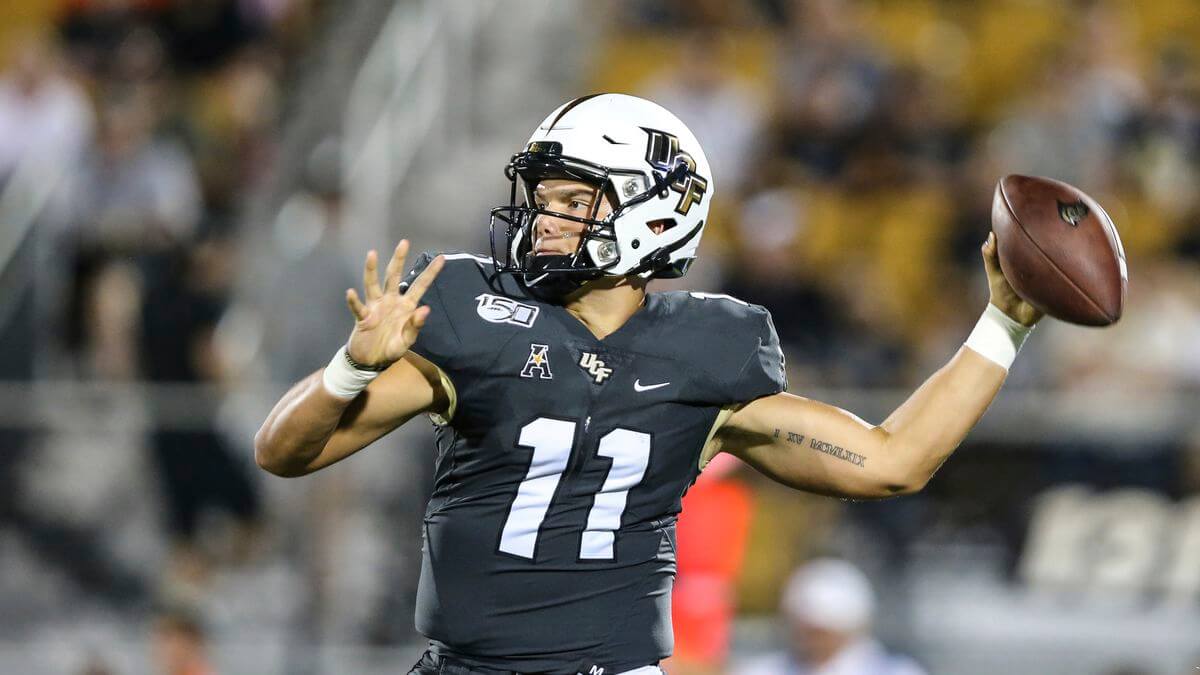 One of the biggest matchups of Week 3 in the college football season will take place in the middle of Florida. No. 17 UCF will host Stanford in a huge non-conference game that will likely play a huge role in the College Football Playoff this season. UCF has struggled to land big-time opponents in the last few seasons, but that won’t be the case when Stanford comes to town.

The Cardinal are just 1-1 after suffering a devastating 45-20 loss to rival USC a week ago. UCF is 2-0 on the season, and it has dominated in each of its first two games. According to BetAnySports, UCF is a 7.5-point favorite over the Stanford Cardinal in this game.

The Stanford Cardinal are trying to replace a lot of offensive starters this season, and they have really struggled to score points, as starting quarterback KJ Costello was hurt in the opener and missed last week’s loss. He’s expected to return against UCF. Stanford is averaging just 18.5 points per game despite having a pretty balanced offense.

The Cardinal have thrown for over 235 yards per game while also rushing for over 115.0 yards per contest. Stanford knows that they will have to put up plenty of offense if they are going to pull off this upset over UCF.

UCF has been one of the best offensive teams in college football in recent seasons, and that hasn’t changed in 2019. The Knights are averaging 55.0 points per game, and have an extremely balanced offense. Quarterback Dillon Gabriel has thrown for 372 yards already this season to go along with five touchdown passes.

The UCF defense has been terrific as well, but they have been playing with a huge lead most of the time. The Knights might not be a power-5 team, but they still have plenty of elite talent.

UCF has been looking for a great opponent in recent seasons, and they will finally get it in Stanford. This game will be a contrast in styles and should be a great battle until the end of the game.

Stanford is going to have to score some points to keep up with UCF in this one, and that will be a major problem for the Cardinal. The Knights are loaded on both sides of the ball, and they will roll in this game. Bet the UCF Knights -7.5 over the Stanford Cardinal in this Week 3 showdown.