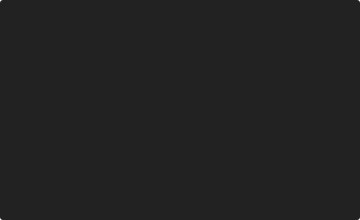 The Boise State Broncos are a team that is used to reaching the post-season; in fact, this will be the 14th straight year in which they have gone to a bowl game. Perhaps this year’s edition is down in quality from some of those they had in the past, but they are still explosive and dangerous, and they bring that into Wednesday afternoon’s game against the Northern Illinois Huskies. It’s the Poinsettia Bowl, kicking off at 4:30 PM ET in San Diego, and BetAnySports customers will be able to challenge the odds in real-time throughout the game through the magic of Live Betting Extra.

Boise State had to go through a quarterback change this season, as the intended starter, Ryan Finley, suffered an ankle injury. In stepped Brett Rypien, who brought some pedigree with him, as he is the nephew of Mark Rypien, the former quarterback in the Washington Redskins who was once a Super Bowl MVP. The nephew completed 62.5% of his passes with 17 touchdowns, and Boise State exhibited superior balance in the offense, with almost as many running plays as passing plays.

Northern Illinois also had to change quarterbacks, as Drew Hare, a 64% passer, went down with a ruptured Achilles. Ryan Graham filled in for him and threw 81 passes, but then he got injured his well (leg). Graham, according to head coach Rod Carey, will be in action for the bowl game, which means they will not have to go with freshman walk-on Tommy Fiedler, who was pressed into service in the Mid-American Conference title game against Bowling Green and threw three interceptions.

In the NCAA football odds posted on this game by the people at BetAnySports, Boise State is favored by more than a touchdown:

It is fortunate for the Huskies, regardless of who is playing quarterback, that they have a reliable running game. Joel Bouagnon and Jordan Huff combined for over 1900 yards and 26 touchdowns out of the backfield. Graham does not carry the most experience with him (just 81 passes this year), but he has a nice arm.

Boise State has one of the best receivers in the Mountain West in Thomas Spurbeck, who compiled 1334 yards catching passes from the young Rypien. He will probably be the responsibility of Shawon Lurry, who intercepted nine passes this season to lead the nation.

BetAnySports patrons saw a very ugly performance from Boise State midway through the season against Utah State, as the team had just 34 net rushing yards and turned the ball over eight times. In a way, perhaps this team never really recovered, as they later lost home games against both New Mexico and Air Force. Both of those opponents got the job done on the ground against the Bronco defense, which on an overall basis allowed only 3.4 yards per rushing attempt.

Boise State intercepted 22 passes, so Graham, who suffered three pickoffs in 81 attempts, has something to be wary about. If he gets his rushing game going, that would be a big help; the Broncos were much easier to run on in the second half of the season.

If you’re looking for a sports betting destination that has at all, come to BetAnySports, where they have reduced juice wagering, free play bonuses and Live Betting Extra…… Also, there is the ability to make deposits with a Visa card, person-to-person transfer or the virtual currency of Bitcoin, for which there is never a fee!