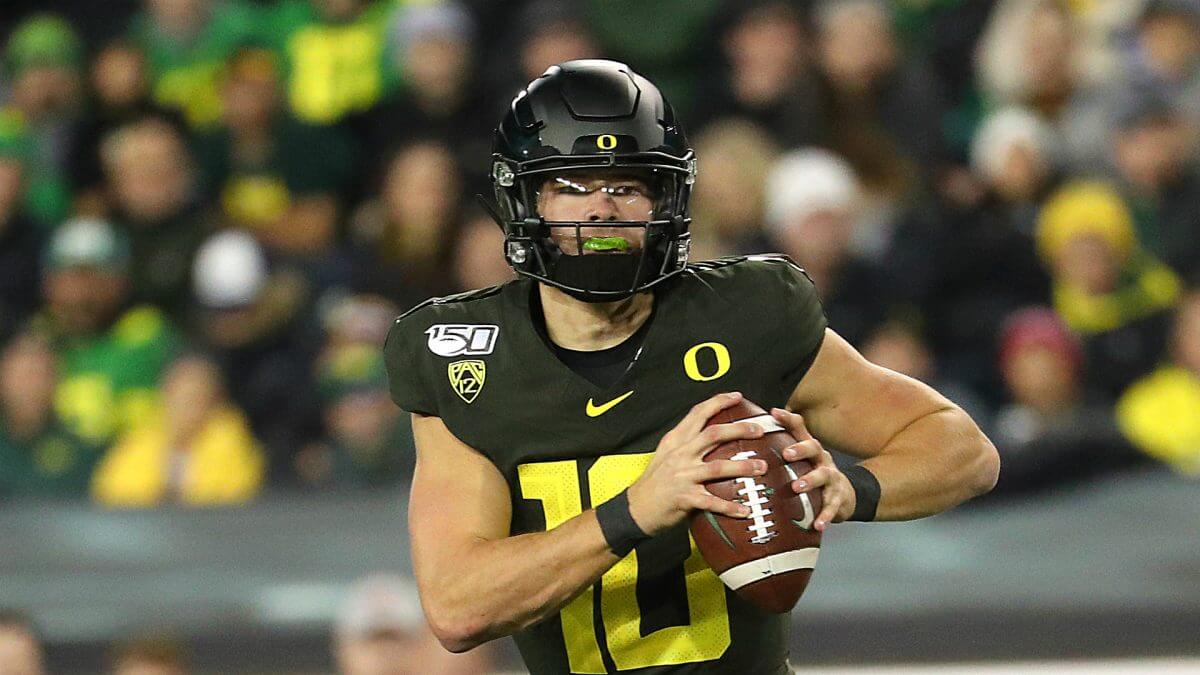 After all of the craziness in these past two college football weekends, the conference that benefited the most has to be the Pac-12. They now have two teams featured in the top 10 rankings, and one of those teams will be in a tough road game this weekend.

The No. 7 Oregon Ducks will travel down south on Saturday night to take on the USC Trojans in Memorial Coliseum. Oregon is the favorite from Pac-12 to make the College Football Playoff if they win out the rest of the way.

Let’s preview this game and help you make the right call before kickoff.

I love this Oregon team. They boast one of the best quarterbacks in the country in Justin Herbert, and he has all of the tools to play on Sundays for a long time.

Even a top quarterback prospect is not the best feature of this Ducks roster. Oregon’s defense has been lights out all season, holding teams to an average of 14 points. They have players at all three levels of their defense and will look to come out and dominate this USC team.

But USC isn’t some easy opponent. The Trojans’ record isn’t the best, but they have certainly had some quality wins this season against the likes of Utah and Stanford. They also lost by only a field goal at Notre Dame, all the more reason to prove that they are tougher than their record indicates.

It will still be tough for them to come out and beat up on Oregon. Our friends at BetAnySports have the Ducks favored on the road in this matchup at -4.5.

It makes sense to see them favored in this one with how much better they are in just about every position.

I don’t think this will be an easy game for either team, but I believe Oregon will pull it out in the end by play from its defense and another mistake-free game from Herbert.

Don’t hesitate about it and go with the easy answer in this one. USC has some nice production this season, but with all of the losses from top teams, it is time for Oregon to take control of its season and make it into the College Football Playoff.

Be on the lookout for the Ducks, and make sure you lock in your bets before kickoff!