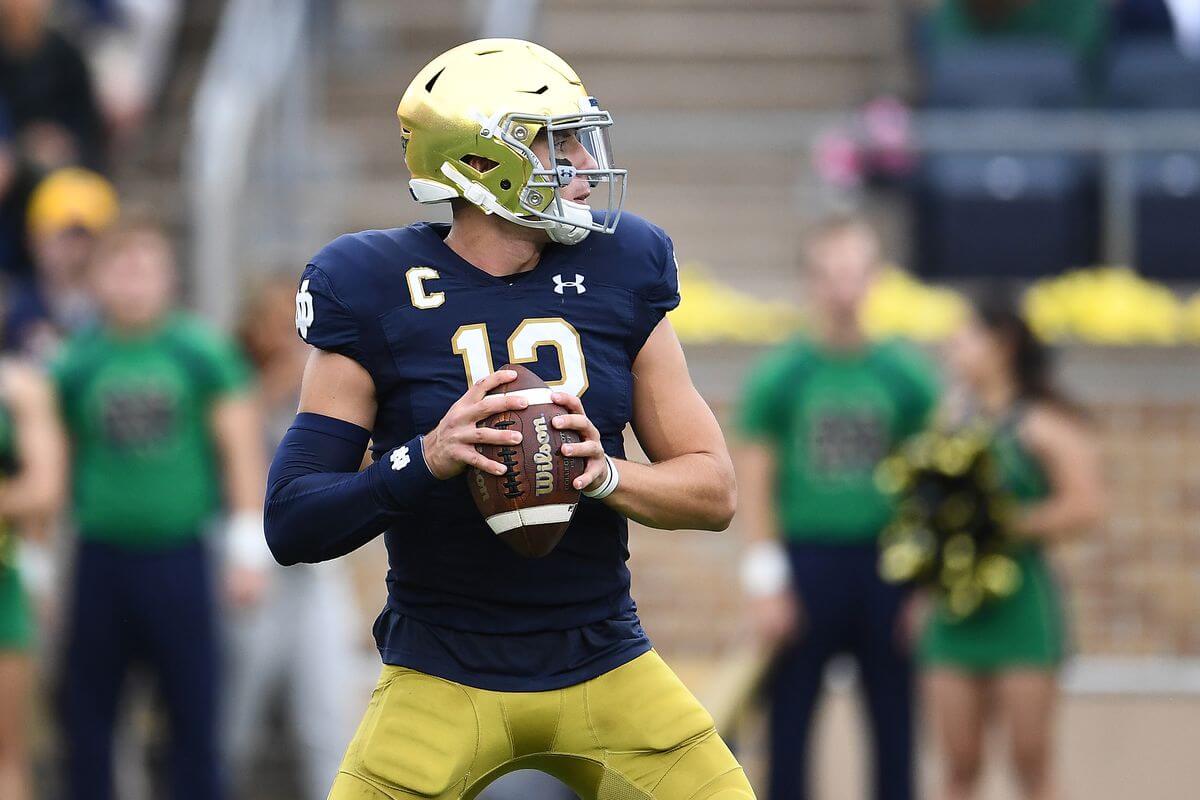 The college football season has been taking shape, and this weekend features three heavyweight matchups between ranked opponents. Wisconsin will be taking on Ohio State, Auburn will be against LSU, and this article will be covering the matchup between Notre Dame and Michigan.

These two teams are ranked No. 8 and No. 19, respectively, and this will be a fun game Saturday night in the Big House. If Michigan loses this game at home, Jim Harbaugh might be on his way out.

The lights will be on, and the environment will be rocking, and we will help you determine your best bets before Saturday night.

Notre Dame comes into this game at a record of 5-1 and fresh off of a bye week. The Wolverines had a tough loss last weekend at Penn State, where their second-half comeback bid came up short 28-21.

These two teams have very different styles of offense that they rely on. Notre Dame has strong outside receivers and a great passing attack from Ian Book, who has looked strong at quarterback for three straight games.

Michigan likes to pound the ball between the tackles, and running back Zach Charbonnet has been doing that all season with his seven touchdowns on the year.

Michigan’s defense has been a little bit stronger compared to Notre Dame’s, but both of the defenses for these teams are pretty evenly matched. I feel like there is a chance to be a good amount of points scored between both of the teams.

I like Book in this game to make a lot happen for the Irish, and his passing attack has been strong.

Our friends at BetAnySports have Michigan favored in this game at home at -1. The two teams are both evenly matched, and it is really hard to determine who will be the best of these two historic rivals.

Look out for Book in this game. I think Notre Dame’s wide receivers will have their way against the Wolverines secondary and be able to create openings and space in between them and their defender.

Even though they are one-point underdogs, take Notre Dame in this matchup on the road. Michigan has struggled against ranked opponents all season, and I think they will find themselves behind in this one early and not be able to come back from it.