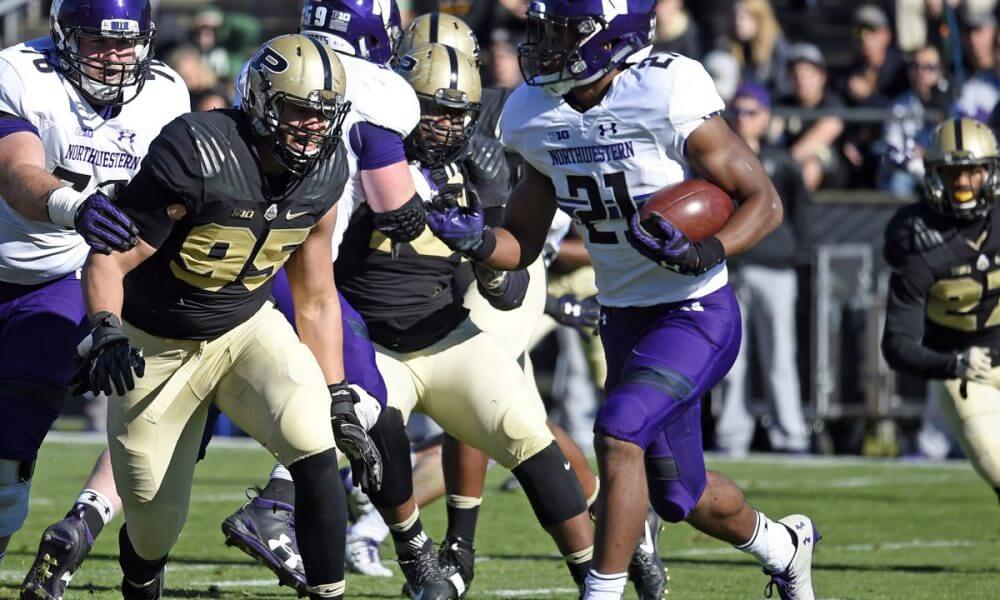 This Thursday night’s opening round of games in Week 1 of the new college football season features a Big Ten West Division battle between the Northwestern Wildcats and the Purdue Boilermakers. Game time from Ross-Ade Stadium on ESPN is set for 8 p.m. (ET).

The Wildcats are coming off a SU 10-3 record in 2017 that included a 7-2 mark in Big Ten play. They won their final eight games of the season with a profitable 7-1 run against the spread. One of those wins both SU and ATS was a 23-13 victory at home against Purdue as six-point favorites on BetAnySports’ closing line. The total stayed UNDER or ended as a PUSH in five of Northwestern’s final six games last year.

Quarterback Clayton Thorson tore his ACL in the Wildcats’ season-ending victory against Kentucky, but all indications point towards him playing in this game with him listed as probable on the latest injury report. Last year, he completed 262 passes on 434 attempts for 2,844 yards and 15 touchdowns with 12 interceptions. A big part of the ground game is gone with Justin Jackson moving onto the NFL, but Northwestern should be able to turn to Jeremy Larkin in his place.

Purdue finished last season with four wins in its last five games both SU and ATS including a 38-35 bowl victory against Arizona as a 2.5-point underdog on BetAnySports’ closing line. This was part of an overall SU record of 7-6 with a 9-4 mark ATS. The Boilermakers were 4-5 SU in Big Ten play and the total went OVER in their last two games after staying UNDER in nine of their first 11 contests.

The Boilermakers open conference play in the 2018 regular season with a SU 7-35 record over their last 42 Big Ten games, but they have been able to cover the spread in five of their last six home games when closing as favorites. Head coach Jeff Brohm did get a vote of confidence with a recent two-year extension on his contract. His starting quarterback Elijah Sindelar is also coming off an ACL tear after throwing for 2,099 yards and 18 touchdowns in 2017.

This should be an evenly matched contest between a pair of teams trying to build on last season’s second-half success. However, I am going with the Wildcats and the points on the road as my best bet for Thursday night.