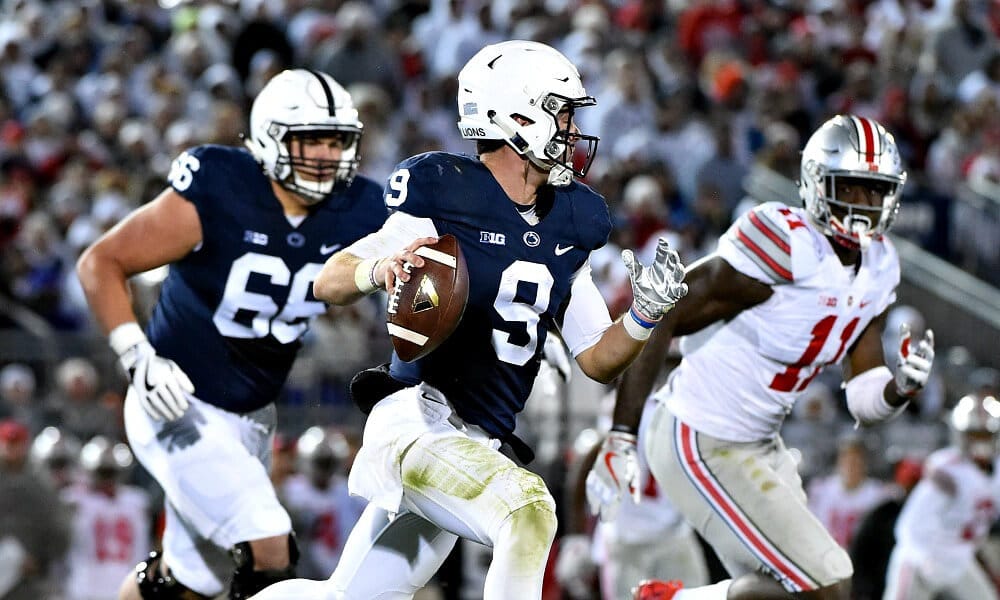 One of the biggest showdowns this Saturday in Week 5 of the college football season is a Big Ten battle between the No. 4 Ohio State Buckeyes and the No. 9 Penn State Nittany Lions. Game time from Beaver Stadium is 7:30 p.m. on ABC.

It really has not mattered if Urban Meyer missed coaching a game during his team suspension or coached one from the sidelines in the Buckeyes’ dominating 4-0 straight-up start. The only game they failed to cover against the spread on BetAnySports’ closing line was a 40-28 victory on the road against TCU as 12.5-point favorites. Ohio State covered in the other three games as a five-touchdown favorite or more.

Dwayne Haskins has thrown for 1,194 yards and 16 touchdowns to lead the passing attack and JK Dobbins has anchored the ground game with 323 yards rushing and two scores on 56 carries. The Buckeyes’ offense is ranked sixth in the nation in passing yards per game with 365.8 and it is averaging another 233.3 yards running the ball. The defense has allowed an average of 17 points per game through its first four contests.

Penn State is also off to a SU 4-0 start with a 3-1 record ATS. Last Friday night’s 63-24 romp over Illinois was the Lions’ Big Ten opener. They covered the closing 27-point line as road favorites and the total went OVER BetAnySports’ closing line of 60 points. It has gone OVER in each of their first four games.

Penn State has put up at least 45 points in every outing this year and its overall scoring average is 55.5 PPG. The Lions have gotten a big effort from Trace McSorley at quarterback with 763 passing yards and eight touchdown throws, but running back Miles Sanders has been the work horse with 495 yards rushing and five touchdowns on 71 rushing attempts. Penn State’s defense has allowed an average of 19.5 PPG with Appalachian State skewing that number with 38 points in a tight Week 1 loss.

The extra half point in Penn State’s favor might be just enough for the Lions to cover in what could easily be a three-point game between these bitter East Division rivals.