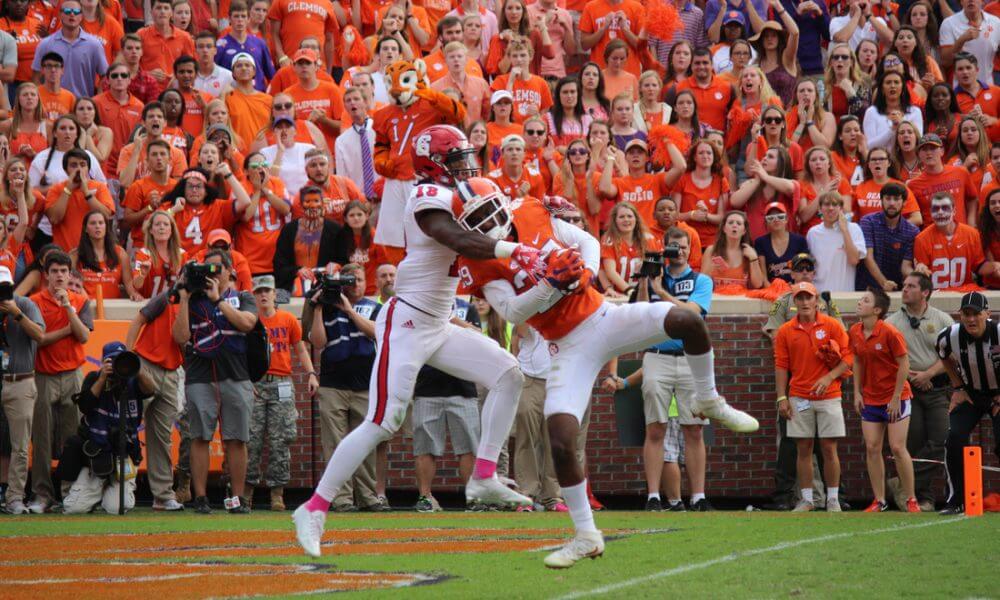 The big showdown between ranked teams in the ACC this Saturday pits the North Carolina State Wolfpack on the road as heavy underdogs against the Clemson Tigers. Game time from Memorial Stadium is slated for 3:30 p.m. with ESPN carrying the game nationally.

The Wolfpack have remained perfect through their first five games straight-up with a Week 3 matchup against West Virginia cancelled due to Hurricane Florence. They failed to cover as 6.5-point home favorites in a 28-23 win against Boston College to head into last week’s bye at 3-2 against the spread. The total has stayed UNDER in five of their last seven games on the road.

Ryan Finley has completed an impressive 69.5 percent of his 187 passing attempts for 1,621 yards and 10 touchdowns as part of a NC State passing game that is ranked sixth in the nation in yards per game (335.4). Kevin Harmon is the team’s leading receiver with 33 catches for 534 yards and two scores. The Wolfpack have been solid on the other side of the ball with a points-allowed average of 16.8.

Clemson is also coming off a bye after running its SU record to 6-0 by crushing Wake Forest 63-3 as a 20.5-point road favorite. The Tigers also survived a pair of close calls against Texas A&M on the road and Syracuse at home as part of a shaky 2-4 record ATS. The total went OVER 61 points their last time out and it has gone OVER in three of their last five games. Clemson has failed to cover in four of its last five home games.

Freshman Trevor Lawrence has taken over the reins at quarterback and he was able to complete 20-of-25 passing attempts against Wake Forest for 175 yards and two scores. The strength of this offense is still a ground game that racked up 471 yards and six scores running the its last time out. Clemson’s defense is sixth in the nation in points allowed (14.5).

There is something about this matchup that tells me it will remain closer than BetAnySports’ 16.5-point spread. NC State has covered in five of its last six road games against the Tigers and I have it covering again on Saturday.