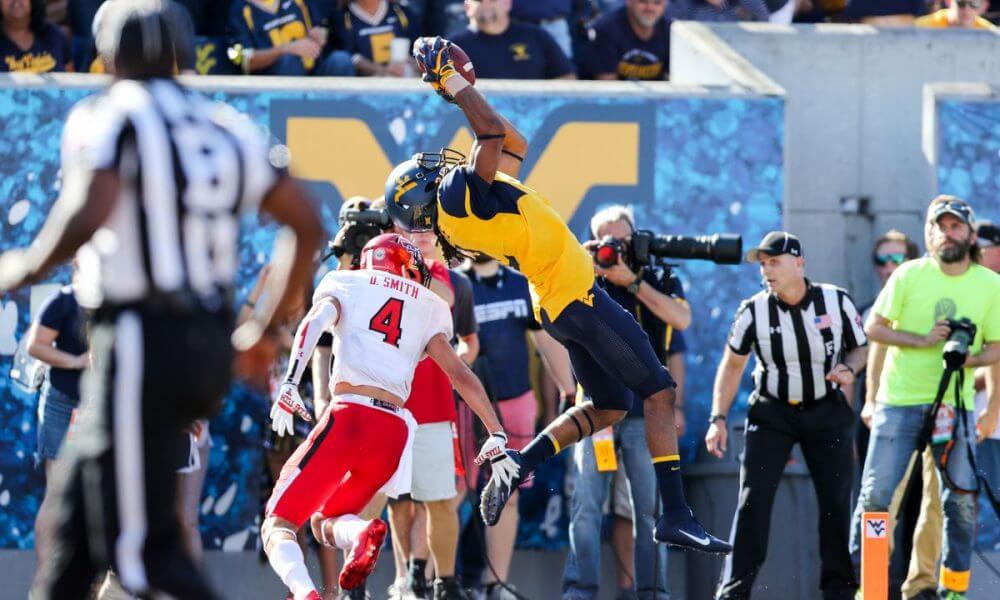 An early Saturday afternoon showdown in the Big 12 pits the No. 12 West Virginia Mountaineers against the No. 25 Texas Tech Red Raiders in a 12 p.m. start at Jones AT&T Stadium. The game will be broadcast nationally on ESPN2.

West Virginia continues to move up the board in the latest AP Top 25 rankings with a perfect 3-0 start both straight-up and against the spread. It opened play in the Big 12 with Saturday’s 35-6 romp over Kansas State to cover as a 15.5-point home favorite. The total stayed UNDER BetAnySports’ 61-point line in that game and it has stayed UNDER in two of the Mountaineers’ first three games.

Will Grier has been lighting things up through the air for the Mountaineers with 1,117 yards passing in three games. He tossed five of his 14 touchdown passes this season in Saturday’s win against Kansas State. This offense is ranked third in the nation in passing yards per game with 373.7. West Virginia is averaging 171.7 yards a game on the ground behind Leddie Brown. He leads the team in rushing with 171 yards and one score on 31 carries.

Texas Tech has made its way into the national rankings with a solid 3-1 start both SU and ATS. After opening the season with a 47-27 loss to Ole Miss, the Red Raiders have won their last three games in convincing fashion. On Saturday, they opened conference play with a 41-17 upset against Oklahoma State after closing as 14.5-point road underdogs with BetAnySports. The total stayed UNDER 76.5 points in that win.

The Red Raiders outscored Oklahoma State 17-0 in the second half of Saturday’s stunning win. Alan Bowman threw for 397 yards and two touchdowns and Demarcus Felton added another 130 yards and two scores on 14 rushing attempts. The offense rolled up 621 total yards against the Cowboys. Texas Tech has the No. 1 passing offense in the country with an average of 435.8 yards per game.

The total line for this game is still off the board at BetAnySports, but you already know it will be high for this offensive showdown. I was impressed with Texas Tech in Saturday’s win, but I am still going to lay the points and take West Virginia SU and ATS as the more balanced team in this matchup.