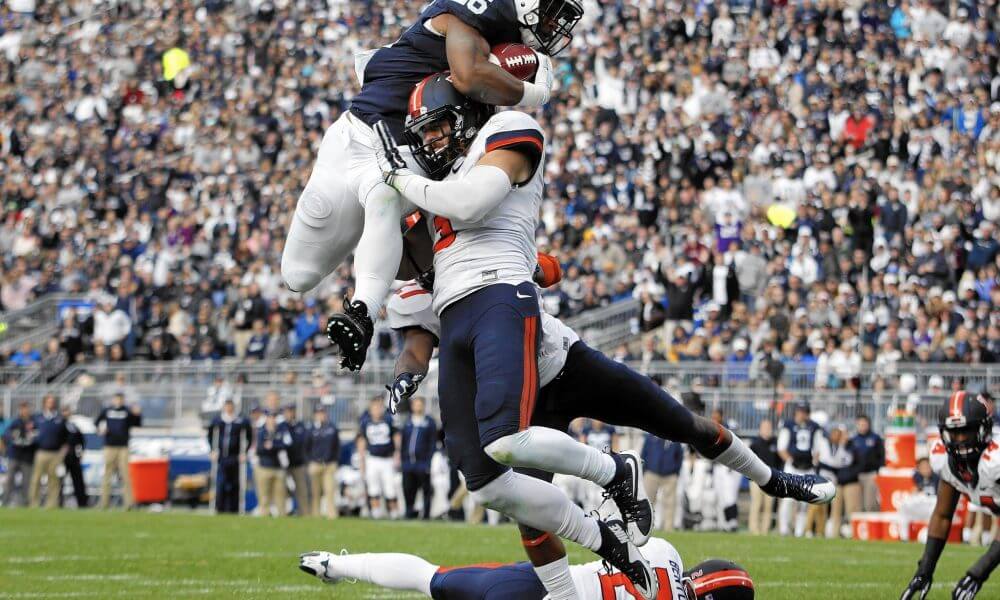 This Friday night’s college football schedule is highlighted by a Big Ten battle between the No. 10 Penn State Nittany Lions and the Fighting Illini of Illinois. Game time on FOX Sports 1 is set for 9 p.m.

The expectation level for Penn State was set pretty high coming into this season. Despite a 45-38 Week 1 scare against Appalachian State in overtime as heavy 24-point home favorites, the Lions are moving in the right direction at 3-0 with additional blowout victories against Pittsburgh on the road and Kent State at home both straight-up and against the spread. The total has gone OVER BetAnySports’ closing line in all three games.

The Lions have been able to light up the scoreboard in their first three outings with at least 45 points scored in each of the three wins. They put up 63 points against Kent State on Saturday behind a passing game that threw for 346 yards complementing a rushing attack that gained another 297 yards on the ground.

The Fighting Illini opened their season with a 31-24 victory against Kent State, but they could not cover as 18-point home favorites. After beating Western Illinois 34-14 in Week 2 as seven-point home favorites, they came up short against South Florida on Saturday in a 25-19 loss at home as 14-point underdogs. The total has stayed UNDER in two of the three games with a posted betting line at BetAnySports.

To keep things close against one of the best teams in the Big Ten, Illinois will need a much better effort from a defense that blew a 12-point fourth-quarter lead in Saturday’s loss to South Florida. It will also a big effort from MJ Rivers II at quarterback. He completed 20 of his 29 passing attempts against the Bulls, but it only added up to 168 passing yards and zero touchdown throws. The Fighting Illini did manage to rush for 212 yards and one score on 48 attempts.

Penn State is still trying to shed the stigma of needing overtime to get past Appalachian State in Week 1. Look for the Lions to put together a complete effort in their Big Ten opener to cover the large 26.5-point spread on the road.