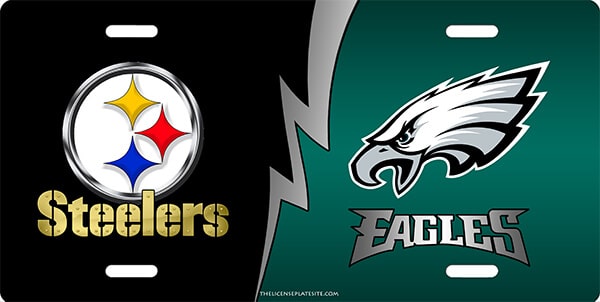 With just two weeks left in the NFL regular season, the term “must win” takes on a special meaning for teams trying to extend their season into the playoffs. This sets the stage for a few special two-team parlay groupings at BetAnySports that offer a slightly sweeter return on investment than the standard +260 odds for a regular two-team play.

While there are six two-team parlay boosters to choose from with an enhanced return in Week 16, the best value lies in a pair of Pennsylvania teams facing one of those “must win” situations on Sunday’s slate.

The Eagles have been a tough team to bet on all season long at 5-9 against the spread, especially at home with just two covers and a PUSH in their first seven games at Lincoln Financial Field. This Sunday afternoon in a 1 p.m. start on CBS, they will host the 10-4 Houston Texans as 2.5-point favorites on BetAnySports’ current NFL betting board.

Two weeks ago, Philly probably would have been a three-point underdog in the matchup, but there is something in the air with this team coming off last Sunday’s improbable 30-23 road upset against the Los Angeles Rams as a 13.5-point underdog.

That something in the air could be the return of Nick Foles at quarterback for an injured Carson Wentz. Could this be Déjà vu all over again after Foles led this team to its magical Super Bowl LII run last season?

Pittsburgh has shot itself in the foot numerous times this season on its way to a SU 8-5-1 record in its first 14 games after starting the season as heavy favorites to win another AFC North title. Heading into Week 16, its lead atop the division is just a half game over 8-6 Baltimore.

The Ravens have a tough test on their hands this Saturday night as 4.5-point road underdogs against the 11-3 Los Angeles Chargers, but win or lose, the Steelers know they still need to win their road game against the 12-2 New Orleans Saints late Sunday afternoon to have a chance to lock down the AFC North.

Pittsburgh comes into this 4:25 p.m. start on CBS as a six-point road underdog just a week after it stunned New England 17-10 as a 2.5-point underdog at home on BetAnySports’ closing line.

The pressure has been dialed up about as high as it can go in the Keystone State this Sunday, but you get the feeling that suits both the Eagles and the Steelers just fine.