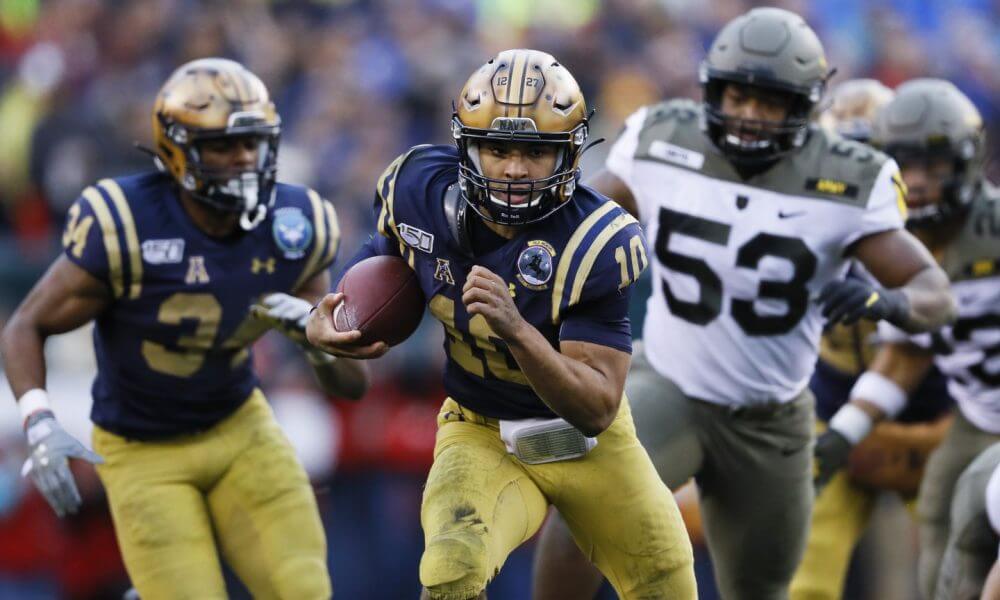 The new year is just around the corner, and that means it is bowl season in college football. We watched the top teams in the College Football Playoff semifinals on Saturday, but now many other great programs will be going head to head.

The Liberty Bowl has the Kansas State Wildcats taking on the Navy Midshipmen. This will be the first time these two programs face each other.

Let’s breakdown the matchup and help you figure out where you need to put your money.

Navy comes into this game nationally ranked at No. 23 after beating up Army in the final game of its season.

The Midshipmen do one thing: Run the football. They get it done on the ground, and they average over 350 yards rushing per game.

Quarterback Malcolm Perry is more of a running back than a quarterback, with 1,800 yards rushing on the season along with 21 rushing touchdowns.

Kansas State will have its hands full on defense, as this team is not like any other team it faces in the Big 12.

The Wildcats had a strong showing in 2019. There were some high highs, but definitely some low lows.

They took down two great teams in Oklahoma and Iowa State but finished the year losing two of their last three games.

Still, quarterback Skylar Thompson has improved all season long and looks the part of a college quarterback at this stage of his career.

Thompson will have to get it done against a stingy Navy defense, and this defense is vulnerable on multiple levels.

With all of that being said, our friends at BetAnySports have the 10-2 Midshipmen favored in this contest at -2.5.

Navy has had the better year overall, so it makes sense as to why it is considered the favorite in this contest.

Navy is going to come into this game and run the ball down Kansas State’s throat. The Wildcats are going to have to try and keep up and keep track of all of the Navy ball carriers.

With that being said, I am taking Navy in this matchup, as I think it will be able to do exactly what it wants to do on offense.

Make sure to tune in on New Year’s Eve and lock in your bets before kickoff!