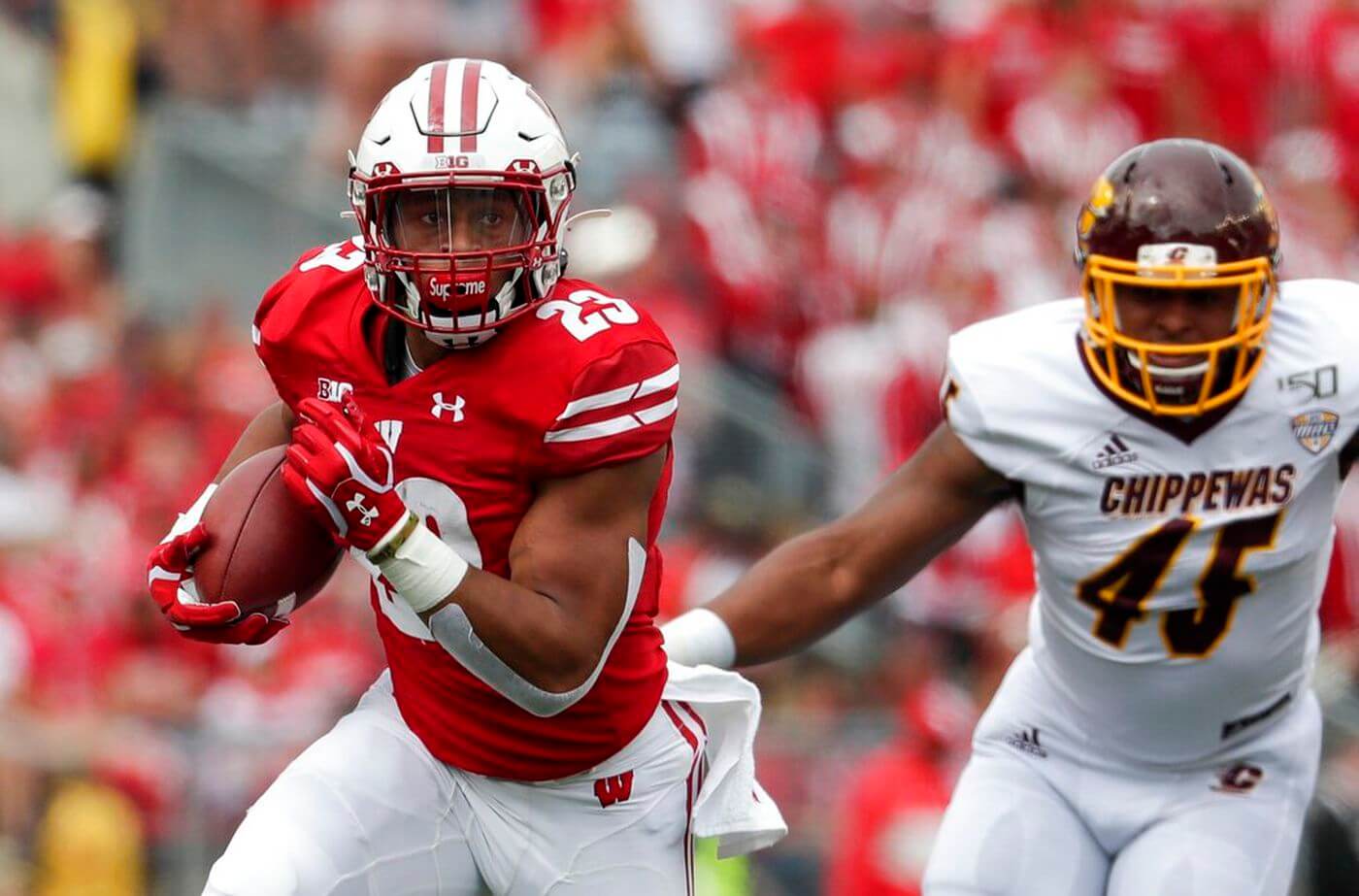 The Big Ten Conference has been left out of the College Football Playoff a few times in recent years, but that might not be the case this season. The Big Ten has a lot of terrific teams, and two of them are set to collide in week four of the college football season. The No. 13 Wisconsin Badgers will host the No. 11 Michigan Wolverines in a battle of top-15 teams.

The Badgers have yet to allow a touchdown so far this season, and their offense has been playing at a high level. Wisconsin has outscored its first two opponents by a combined score of 110-0. Michigan is also 2-0 on the season, but they have already had a close call. The Wolverines were able to hold off a pesky Army team and win a 24-21 game in overtime. BetAnySports has the Wisconsin Badgers as 3.5-point favorites in this game.

The Wisconsin Badgers want to run the ball early and often, and that might be a great strategy against the Michigan Wolverines. Running back Jonathan Taylor might be a frontrunner for the Heisman Trophy this season and has already racked up 237 rushing yards and five touchdowns.

Quarterback Jack Coan gives the Badgers a solid option at the quarterback position as well, throwing for close to 600 yards in the first two games. If Wisconsin keeps getting stellar work from its defense, then the offense should take care of the rest.

Michigan needs to be better on defense in this game if it is going to prevail. The Wolverines allowed the Army Knights to march up and down the field just two weekends ago, and stopping the run has been an issue for them this season.

Quarterback Shea Patterson also needs to live up to the hype for Michigan. Patterson has thrown for just 410 yards and three touchdowns this season. Freshman running back Zach Charbonnet has the potential to break off some huge runs, but it will be hard against the Wisconsin defense.

Michigan has plenty of talent on offense, but it just doesn’t appear to be fully in sync. Bet the Wisconsin Badgers -3.5 over the Michigan Wolverines in this huge Big Ten matchup.