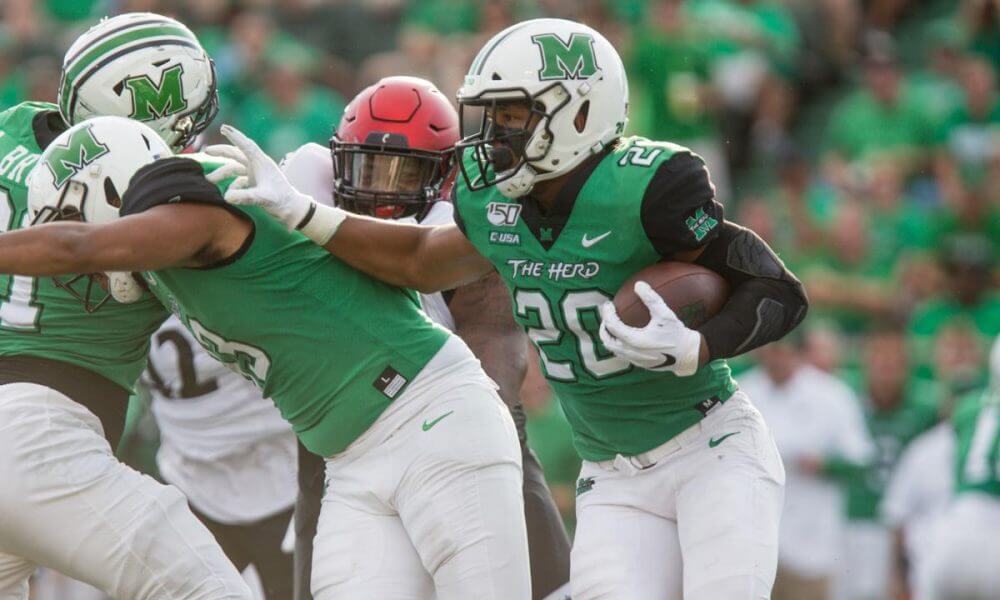 The 2019 Bad Boy Mowers Gasparilla Bowl will feature a matchup of teams from Conference USA and The American Athletic Conference. The UCF Knights (AAC) will take on the Marshall Thundering Herd (C-USA) in a game that will take place in Tampa, Fla.
Bowl season is an exciting time for players and college football fans, and it’s time to get things going!

UCF comes into this game with a record of 9-3, but this has been a bit of a down year. The Golden Knights went just 6-2 in conference play.

Marshall finished the season with a record of 8-4, including five wins in its final six games. BetAnySports has the UCF Knights as 17-point favorites in this game.

Marshall comes into this game with a terrific rushing attack, and it will use that strategy against UCF. The Thundering Herd are averaging 195 rushing yards per game, and they will need to run it well in this game.

Running back Brenden Knox has run for 1,284 rushing yards this season, and he will need to be great for this Marshall team.

Marshall will need to score as it has in the last seven or so games because its defense is going to struggle in this one.

The Golden Knights have been one of the most explosive teams in college football over the last few years, and they still play that way this season. UCF is the sixth-best passing team in the country, and it comes in averaging 216 rushing yards per game as well.

UCF wants to turn the Gasparilla Bowl into an offensive shootout, and that shouldn’t be a difficult task. It is giving up less than 23 points per game this season, and that has been against some terrific offenses.

The Golden Knights shouldn’t have much trouble shutting down Marshall in this game.

There are some college football bowl games that are must-see television, but this game is not one of them. These teams are a mismatch on paper and should be an even bigger mismatch on the field.

Marshall had a fine regular season, but the UCF Golden Knights are going to dominate this game. Get to BetAnySports and take the UCF Knights -17.0 in the Gasparilla Bowl.