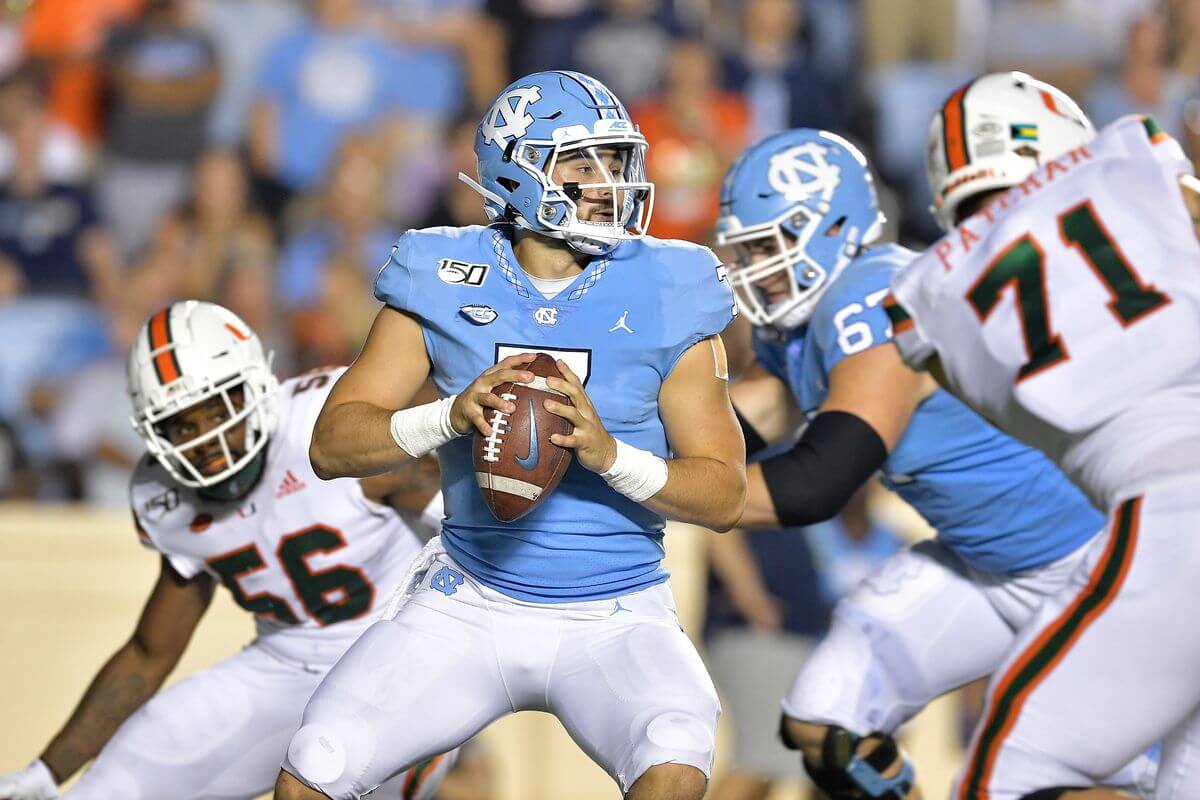 In all of college sports, rivalries are one of the biggest reasons that people come out to play. Rivalries are what define these programs and take schools back through decades and decades of players.

The two schools in this rivalry are definitely stronger in the basketball season (which is just around the corner), but watching the Duke Blue Devils and North Carolina Tar Heels go at each other in any sport is a good time for anybody.

We will help you breakdown this matchup and more as we move into week nine of the college football season. Let’s get to it.

Both of these teams come into this weekend as middle-of-the-pack ACC teams but still can make a case for bowl games at the end of the season.

Duke boasts a slightly better record at 4-3, but it is fresh off a loss against the Virginia Cavaliers where it got stomped out on the road.

North Carolina sits at 3-4 and is coming off a six-overtime thriller against the Virginia Tech Hokies, where it lost 43-41.

It has been a struggling season for both of these programs, but a win this weekend could put them on pace to make the postseason in some form or fashion.

I love UNC’s passing attack in this game. Quarterback Sam Howell has thrown 20 touchdowns this season with only three interceptions. His decision-making has been one of the biggest factors for the Tar Heels, as he does not make a lot of mistakes.

That is a common theme for this game: Duke will have to beat the Tar Heels on their home turf. UNC does not beat itself and does not make a whole lot of mistakes as a team, committing very few turnovers.

Winning this game is possible for Duke, but its defense is really going to have to step up in a big way and hold down North Carolina’s offense.

Our friends at BetAnySports have North Carolina favored at home in this game at -3.5, and, despite the losing record, I love the culture change that head coach Mack Brown has brought to this program.

I am going with North Carolina at home in this matchup. I expect them to limit turnovers and string together consistent drives against a shaky Duke defense.

Take the Tar Heels at -3.5 and make sure to lock in your bets before kickoff!