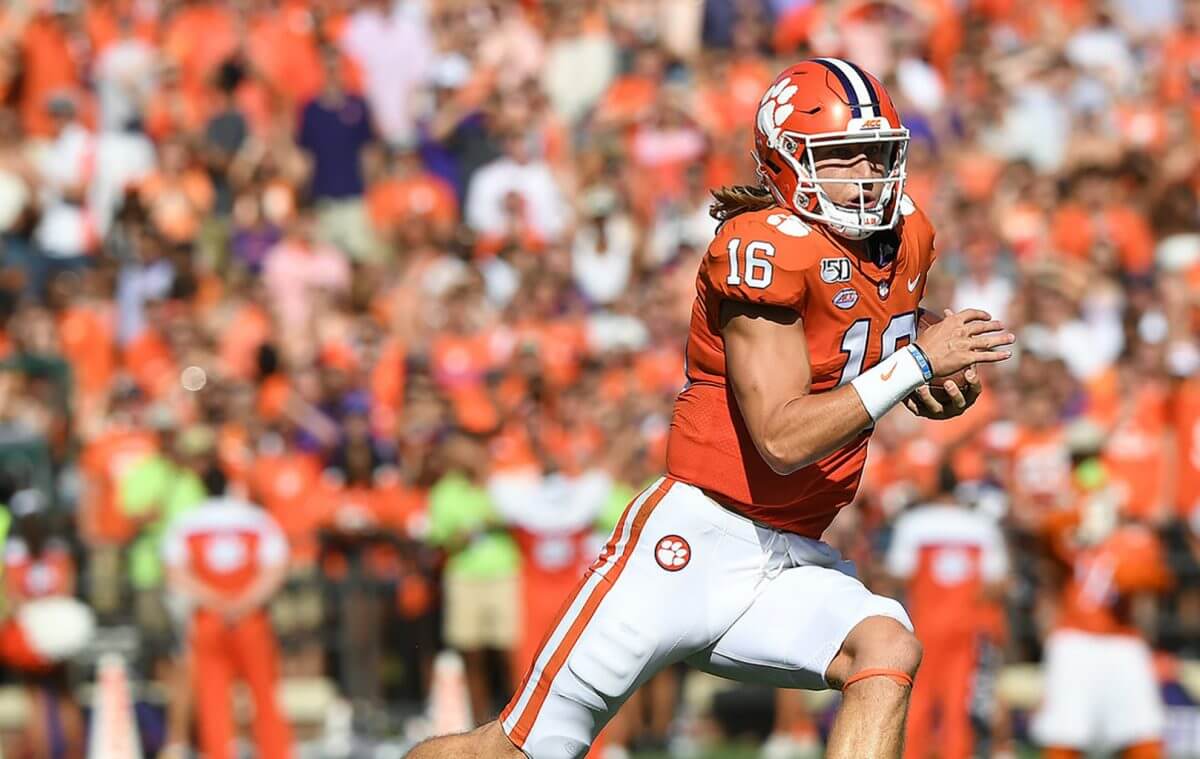 The Clemson Tigers roll into New York this weekend for a matchup with the Syracuse Orange. This was supposed to be one of the toughest games on the schedule for No. 1 Clemson this season, but that might not be the case because of the slow start for Syracuse. Clemson has been dominating the ACC for the last few seasons, and that likely won’t change in 2019. There is no doubt that Syracuse will be fired up for this game, but they have plenty of question marks heading into it.

Clemson is 2-0 on the young season, but it hasn’t been as dominant as most people expected. Syracuse will be trying to bounce back in a hurry after suffering a 63-20 loss to Maryland a week ago. BetAnySports has the Clemson Tigers as -27.5 point favorites in this matchup with Syracuse.

Trevor Lawrence and Travis Etienne are a dynamic 1-2 punch for the Clemson Tigers, and they have the ability to take over a game. Etienne is averaging 9.2 yards per carry this season and has already had a 90-yard touchdown run. Lawrence has thrown three interceptions but has also thrown for 436 yards.

Oh, and the Tigers also have one of the best defenses in college football. There aren’t many holes on Dabo Swinney’s side.

Syracuse was supposed to be a great defensive team this season, but giving up 650 total offensive yards to Maryland proved that theory wrong. The Orange had no answer for dual-threat QB Josh Jackson from Maryland, and that doesn’t bode well against Lawrence.

Quarterback Tommy Devito has been sharp in leading the Syracuse offense, but he can’t win games on his own. The Orange will need to have a great offensive game in this one, but their defense must show up as well.

Syracuse simply can’t play any worse than they did a week ago, but that’s still not going to be good enough in this one. Taking on the defending national champions is a tall task for any team, let alone one that is looking for answers.

Clemson hasn’t been dominant yet, but its time is coming. Look for the Tigers to play extremely well in this game and win this one by at least 30 points. Bet the Clemson Tigers -27.5 over the Syracuse Orange.