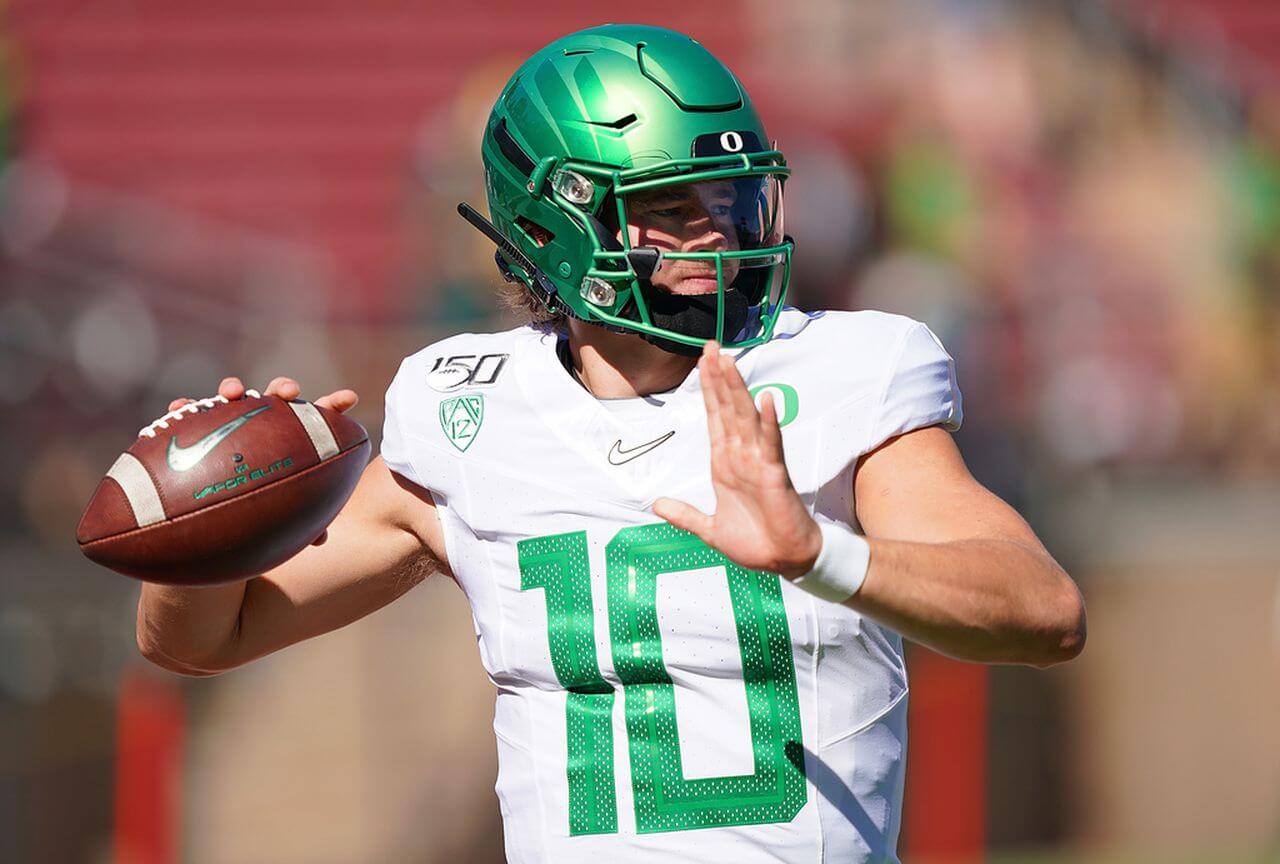 This article will be covering a matchup between two of the better Pac-12 teams when the California Golden Bears head north to take on the Oregon Ducks on Saturday.

We will help break down the matchup and determine the best bets.

In terms of the national spotlight, California has been about as middle of the pack as any team. They are 4-1 heading into week six but have not played any ranked opponents so far this season.

Quarterback Chase Garbers has looked the part this season for Cal, throwing for almost 1,000 yards this season, but he suffered a shoulder injury in the Bears’ last game and will be out indefinitely. Fortunately, the real bright spot of the Cal offense comes from its running game and Christopher Brown Jr., which will be leaned on even more now.

Brown has rushed 91 times through five games for nearly 400 yards and three touchdowns. He has been a staple for the California offense and will look to continue this consistency when traveling to Oregon for this game.

No. 13 Oregon was the team to put the Pac-12 back on the map this season. They have a top NFL prospect in quarterback Justin Herbert, and one of the most high-powered offenses in college football.

They average almost 40 points and well over 400 yards per game. Herbert has thrown for over 1,000 yards on the season and 14 touchdowns. He has all the tools that the NFL scouts are looking for and will likely be a first-round draft pick in the 2020 NFL Draft.

Oregon should be dominating this game at home and really take advantage of all the talent it has. Our friends at BetAnySports have the Oregon Ducks favored at -17.5.

A home outing favors the Ducks too, as their crowd will be rocking and feeling good about taking on this rather average Bears team.

Herbert should have another big game, and I expect Oregon to put at least 40 points on the scoreboard at home.

I am taking Oregon in this game without any doubts. The Ducks’ offense will light up the scoreboard, and I think they will jump out to a big lead early at home.