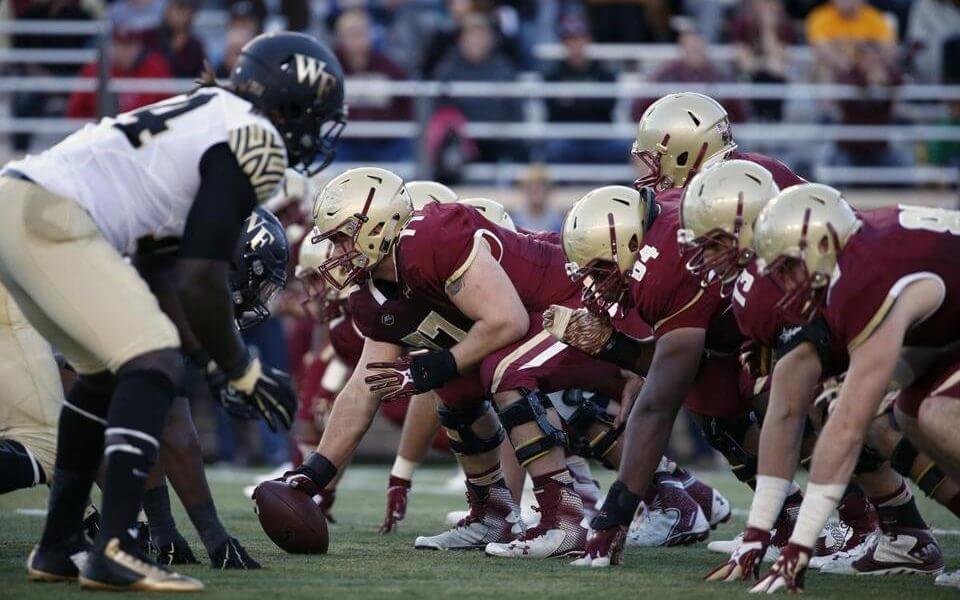 Week 3 of the new college football season kicks things off this Thursday night with an ACC tilt in the Atlantic Division between the Boston College Eagles and the Wake Forest Demon Deacons. Game time from BB&T Field is set for 7:30 p.m. on ESPN.

Last Season, Boston College lost is ACC opener in Week 2 with a 34-10 setback against Wake Forest at home in a game that closed as a PICK with BetAnySports. It went on to post a straight-up 4-4 record in conference play with a 6-1-1 record against the spread. The Eagles won their first two games this season (SU and ATS) against UMass and Holy Cross by a combined score of 117-35.

Anthony Brown has gotten the start for the Eagles at quarterback and he has thrown for 322 yards and four touchdowns in his first two games. The big story with this offense has been AJ Dillon running the ball. After gaining 149 yards while scoring three touchdowns in this past Saturday’s win, he has rushed for 247 yards on 26 carries in his first two contests.

Wake Forest failed to cover as a seven-point road favorite in its 23-17 victory against Tulane in Week 1. The Demon Deacons crushed Towson 51-20 this past Saturday at home, but they could not cover BetAnySports’ 34-point closing spread. They were 4-4 SU in ACC play last season with a 5-2-1 record ATS. The total stayed UNDER in five of those eight games.

With a solid balance between the pass and the run, Wake Forest has piled up an average of 565 total yards of offense in its first two games. Sam Hartman has completed 61.5 percent of his 78 passing attempts for 620 yards and four touchdowns, but he has also been picked off three times. Cade Carney leads the team in rushing with 184 yards and two scores on 35 rushing attempts. Wide receiver Greg Dortch returned a pair of punts for scores in the win against Towson.

Weather could be a factor on Thursday night with a potential storm bearing down on the southeast coast. I would give the overall edge to Boston College and if the game is played on a sloppy track that would also favor the Eagles’ running game. Lay the points and take BC both SU and ATS.