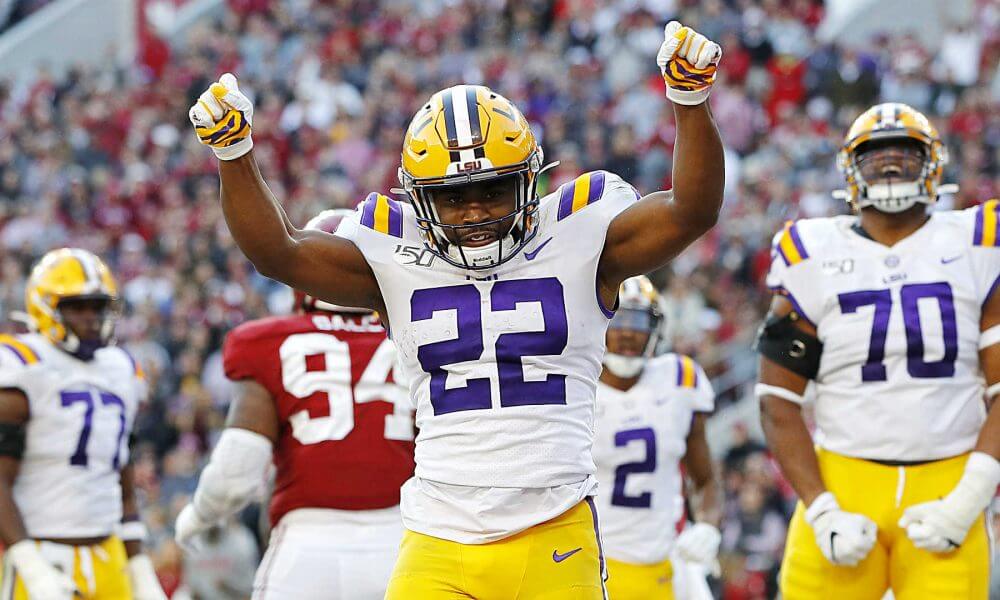 There is no question who the best team in the country is in college football. The LSU Tigers have taken this football season by storm, with Joe Burrow lighting up every defense he goes against.

This team boasts some of the best receivers in the country, a top NFL prospect at quarterback, and a defense that is second to none.

These Tigers are ready for this year to be their year, and they are on their way to an undefeated regular season. They will be taking on the abysmal Arkansas Razorbacks this coming Saturday night.

We have your preview coverage here and will help you make the right call for the game.

Arkansas comes into this game at a tragic 2-8 and has yet to win a game in conference play. The Razorbacks have struggled in all areas of their game, especially the defense giving up over 400 yards per game.

One bright spot, if there is any, is running back Rakeem Boyd. If you’re a fan of the show Last Chance U on Netflix, you might remember him from a few seasons back.

Boyd is tough, and he has all of the intangibles for the position to make strong and explosive plays, but he can’t carry the offense all by himself.

LSU, on the other hand, has the clear favorite for the Heisman Trophy in Joe Burrow. Burrow solidified his campaign after taking down Alabama in Tuscaloosa.

Everyone knows about Burrow, but who has helped this offense elevate to the next level is running back Clyde Edwards-Helaire. Edwards-Helaire had an incredible game running the ball against Alabama.

I like Edwards-Helaire to have an outstanding game against Arkansas and get the Tigers out in front of them early.

LSU is drawing a mega-favorite in this game in Death Valley. Our friends at BetAnySports have the Tigers favored in this matchup at a whopping -44.

This is one of the biggest spreads of the year, but we have to be honest in saying that Arkansas really doesn’t stand much of a chance in Death Valley.

I don’t think that much needs to be said in the wake of this game taking place on Saturday night. You should be taking LSU in this game and taking them for the rest of the year.

The Tigers are for real, so lock them in for the monster victory on Saturday night.