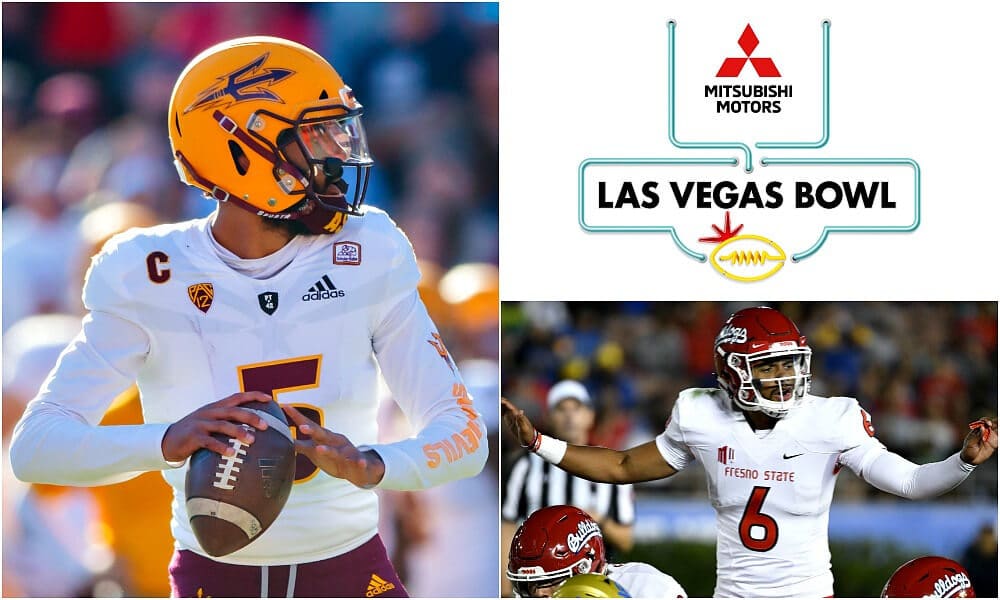 This year’s college football bowl season gets underway on Saturday with a matchup between the Pac-12’s Arizona State Sun Devils and the Mountain West’s Fresno State Bulldogs in this year’s Las Vegas Bowl on ABC starting at 3:30 p.m.

Herm Edwards left ESPN to take over the head coaching position with the Sun Devils and they went a respectable 7-5 both straight-up and against the spread. It took a 4-1 SU run over their last five games to become bowl eligible following a shaky 3-4 SU start. Arizona State’s biggest win in conference play came against Utah at home in a 38-20 victory as a 7.5-point underdog on BetAnySports’ closing line.

Arizona State’s offense averaged 241.3 passing yards per game behind quarterback Manny Wilkins. He threw for 2,896 yards and 19 touchdowns against four interceptions. Unfortunately, he will not have his top target for Saturday’s game after wide receiver N’Keal Harry decided to sit this one out to prepare for next year’s NFL draft. Look for a heavy dose of Eno Benjamin running the ball after gaining 1,524 rushing yards on 277 carries.

Fresno State’s only two SU losses came against Minnesota in Week 2 and on the road against Boise State in early November. The Bulldogs successfully avenged the loss to the rival Broncos with a 19-16 victory as slight 1.5-point underdogs in the Mountain West Championship on Dec. 1.  They are 11-2 SU overall with a profitable 9-4 record ATS. The total stayed UNDER BetAnySports’ closing line in Fresno State’s last five contests.

The Bulldogs had a solid balance on offense as well this season with an average of 274.2 passing yards per game complementing a ground game that added another 146.2 rushing yards to the mix. While Fresno State was able to light up the scoreboard on occasion with 33.5 PPG, the big difference in this matchup could be the Bulldogs’ shutdown defense that only allowed 13.7 PPG to its opponents.

Give Arizona State credit for finishing the season on a strong run to become bowl eligible, but it will have its hands full with the Bulldogs in every phase of the game. Lay the four points and take Fresno State to cover.