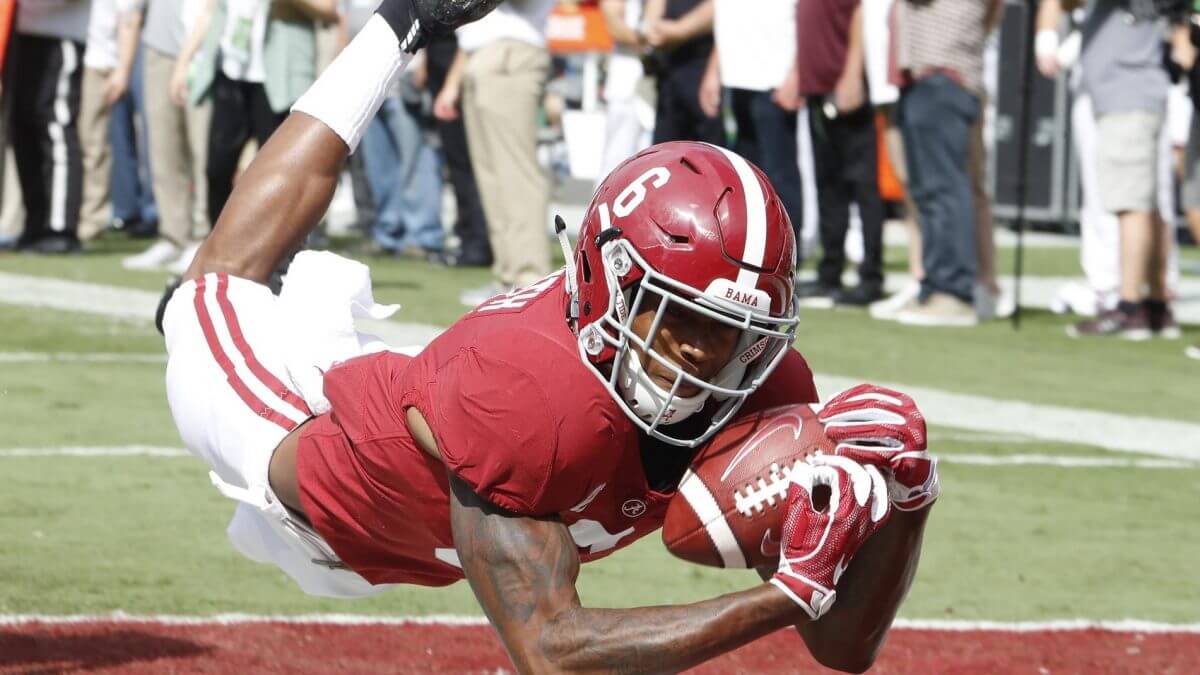 As we head into week seven of college football, we have finally started to figure out who the real contenders are for the College Football Playoff. The SEC and Big Ten have proven to be two of the toughest conferences in America.

Our article today will help cover the game between the Alabama Crimson Tide and the Texas A&M Aggies.

The No. 24 Aggies have had one of the toughest schedules in college football, and No. 1 Alabama looks as dominant as ever, but we will break down the matchup and help you determine your best bets.

Alabama has just been a wrecking ball this entire 2019 season, and their receivers have paved the way for Tua Tagovailoa to have a chance at the Heisman Trophy Award.

Defense used to be the name of the game for the Crimson Tide, but this year it is all about their explosive offense and how fast they get downfield without even breaking a sweat. DeVonta Smith has been the story for the Tide, and in their last outing against Ole Miss, Smith hauled in five touchdowns and had 274 yards receiving.

With Tua’s arm and Smith’s explosive-play ability, the Aggies are going to have a difficult time stopping this train from running all over them.

Texas A&M has a 3-2 record coming into this matchup, and both of its losses have come at the hands of Top 10 opponents.

Their defense has been sound overall, but not nearly sound enough to break down Alabama. I don’t really like their chances in a shootout either, seeing as the Aggies average around 30 points per game while Alabama averages over 50.

Anybody can have a chance to make some magic happen on any given night, but barring some catastrophic injury, I cannot see a way that the Aggies can compete for four quarters.

It is worth noting that our friends at BetAnySports have Alabama favored at -17. That is a hefty line to be favored by, especially in a ranked matchup, but that is a testament to how much this Alabama squad has been dominating in 2019.

This game will be the Tide’s first against a ranked opponent this season, but it really won’t matter with them. Expect them to strike first and score fast in this contest.

Take the Crimson Tide at -17. There just isn’t a scenario where Alabama loses this game to the Aggies.