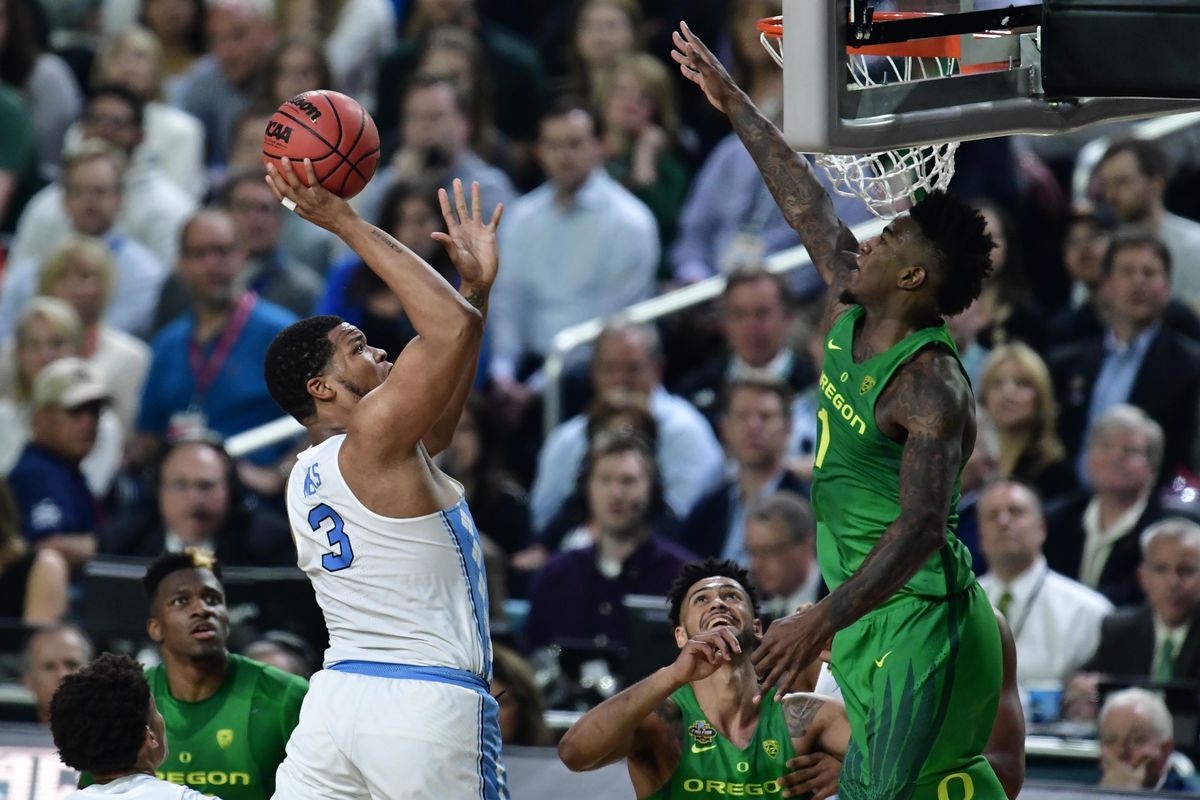 The North Carolina Tar Heels got some heroics from a rather unlikely place last weekend, both on the offensive and defensive end, and that just goes to show you that they have a deep ensemble of players who can make a difference. They are trying to redeem themselves from a loss in last year’s national championship game, and they will take a very critical step toward that on Saturday as they play the Oregon Ducks in a Final Four game which will begin at 8:35 PM ET at University of Phoenix Stadium. The winner moves on to face the winner between Gonzaga and South Carolina on Monday night. CBS will televise, and BetAnySports customers can watch the game and place wagers while it is in progress, accessing the state-of-the-art software available through Live Betting Ultra.

One of the things you have to watch out for whenever you play North Carolina is their ability to hit the offensive boards. They have registered 17.5 second-chance points per game, and Oregon has been playing throughout the NCAA Tournament without its center. Chris Boucher would’ve been a legitimate impediment for the Tar Heels dow lowd, but he tore up his knee and has been missing since the Pac 12 tournament. Boucher was eighth in the nation in blocked shot percentage, so he will be sorely missed. Fortunately, Jordan Bell has come through in a big way for the Ducks, and he had his big highlight against Kansas in the Elite Eight, blocking eight shots.

The Ducks come into this game with a 33-5 straight-up record, and they are 22-13 against the points. North Carolina, which was a top seed in their region, is 31-7, with a 19-16-2 ledger against the basketball pointspread.

In the March Madness betting odds posted on this game by the folks at BetAnySports, North Carolina is the favorite:

One of the things you might want to watch for is how North Carolina coach Roy Williams negotiates his frontcourt people. It will be great if they can have Isaiah Hicks and Kennedy Meeks in the game at the same time, as they usually do; after all, Hicks is one of the top 10 offensive rebounders in the country, and Meeks had 17 boards last week against Kentucky. And as an alternative, Luke Maye, the 6-8, 235-pound backup forward, has demonstrated that he can not only be productive on offense (33 points the last two games), but can come through in the clutch, as he made the winning basket with 3/10 of a second left last Sunday. The Tar Heels have an embarrassment of riches, as they can also bring 6-11 freshman Tony Bradley off the pines. This will be a lot for Oregon to deal with, despite Bell’s exploits thus far.

BetAnySports patrons, however, have to recognize that Dillon Brooks, the Pac 12 player of the year, is going to present a matchup problem, no matter who is guarding him on the North Carolina side. And the Tar Heels have to figure out a way to deal with him, especially since there is another major threat in the Ducks’ lineup. Yes, they have had scoring balance all season long, but Tyler Dorsey, the sophomore guard at Los Angeles, has really taken a step forward, averaging 24.5 points in these four NCAA Tournament games. He has now scored 20 points or more in seven straight contests, and North Carolina will most likely have to put Theo Pinson on him. Pinson, a genuine stopper, did a great job against De’Aaron Fox last week, holding the Kentucky point guard to just five field goals. That will most likely leave somebody like Justin Jackson, the 6-8 All-American, to deal with Brooks. Maybe that will be enough. And we will keep an eye out for the status of Joel Berry, the North Carolina point guard who is also this team’s best three-point threat, who is dealing with not one, but two sprained ankles.

BetAnySports brings you March Madness pleasure, with a free play bonus and reduced juice, which gives you better value in the NCAA Tournament odds…… Youcan  keep the action going after the opening tip with Live Betting Ultra, and start things out the positing with either your Visa card, person-to-person transfers (like Western Union) or the virtual currency of Bitcoin, which is fast and easy with their automated system!