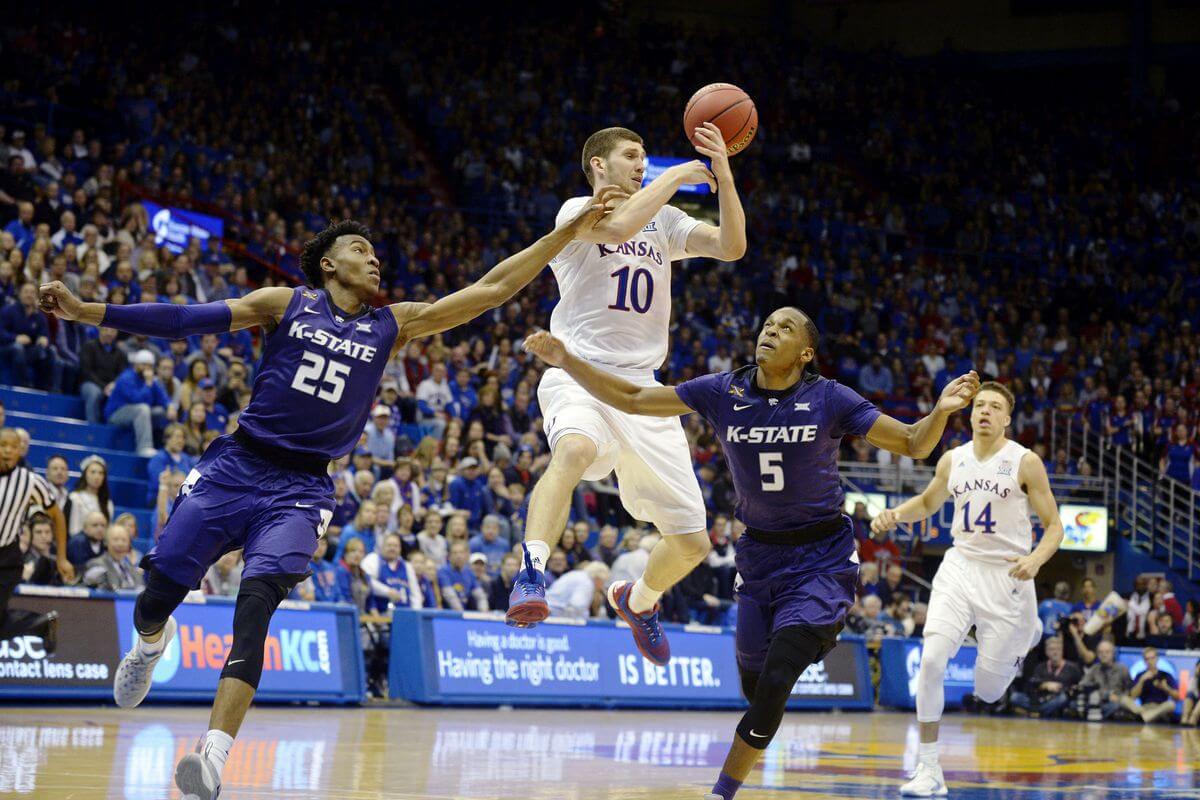 ESPN’s Big Monday in college basketball features a Big 12 showdown between the No. 23 Kansas State Wildcats and the No. 12 Kansas Jayhawks in a slated 9 p.m. tip at Allen Fieldhouse.

The Wildcats drew first blood in the season series of this bitter in-state rivalry with a 74-67 win against Kansas on Feb. 5 closing as three-point home favorites on BetAnySports’ betting spread. This was part of Kansas State’s 6-1 record both straight-up and against the spread over its last seven games. The total has gone OVER in six of those seven contests. The Wildcats are 11-3 SU in Big 12 play as part of an overall record of 21-6.

Kansas State will try and get one step closer to the Big 12 regular season title with a very balanced offense complementing a defensive effort that is ranked fourth in the nation in points allowed (59.3). Senior guard Barry Brown Jr. continues to lead the Wildcats in scoring with an average of 15.7 points per game. He scored 18 points in the first game against Kansas while going 5-for-10 from the field

Kansas fell to 9-5 SU in conference play with Saturday’s 91-62 road loss to Texas Tech as a 4.5-point underdog on BetAnySports’ closing line. The total went OVER 134 points in that loss and it has gone OVER in five of the Jayhawks’ last six games. They dropped to 20-7 SU on the year with a  12-15 record ATS. Kansas is 4-2 ATS in its last six home games as part of a 7-8 record covering the closing number at home this season.

The Jayhawks’ string of 14 consecutive Big 12 regular season titles is in jeopardy with the two-game gap behind Kansas State in the standings. Saturday’s loss to Texas Tech did not help the cause. The Red Raiders piled on 16 shots that were good from three-point range as part of that rout. Kansas has had its issues on defense this season with a points-allowed average of 70.6. Junior forward Dedric Lawson is the Jayhawks’ leading scorer with 19.0 PPG.

These types of rivalries tend to favor the home team, so I am going with the Jayhawks both SU and ATS to even the score on Monday night.