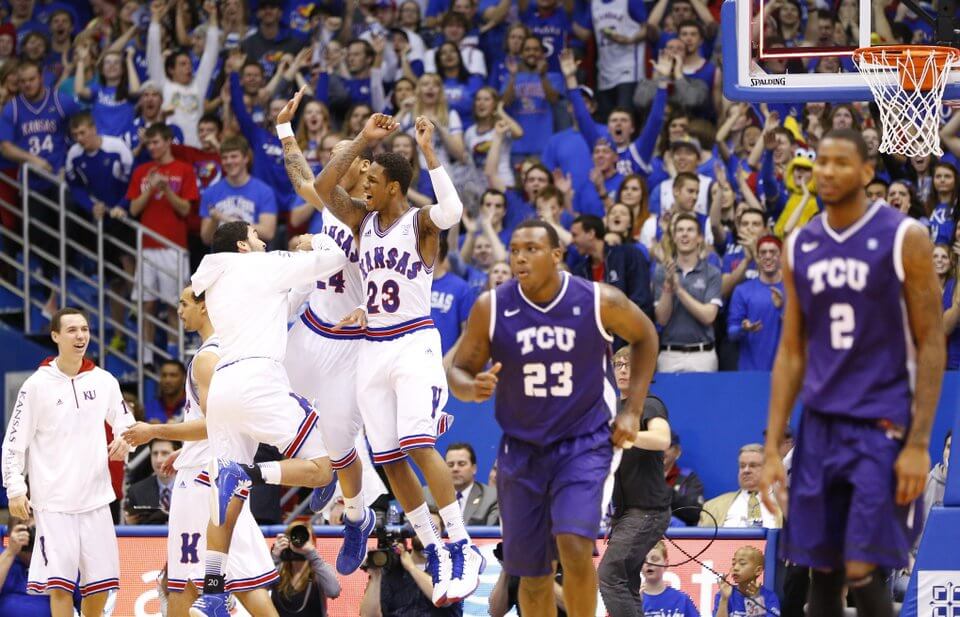 The second game of ESPN’s Big Monday doubleheader in college basketball is a Big 12 battle between the No. 13 Kansas Jayhawks and the TCU Horned Frogs. Game time is set for 9 p.m. in Texas.

The Jayhawks have been hit or miss as of late with a 2-3 straight-up record over their last five games. Saturday’s 84-72 victory against Oklahoma State as 10.5-point home favorites was just the second time they covered BetAnySports’ closing spread in their last eight contests. The total has gone OVER in their last three games. Kansas is 18-6 SU with a 10-14 record against the spread. This includes a 1-6 record ATS on the road

Back on Jan. 9, the Jayhawks beat TCU 77-68 as six-point favorites at home. The total stayed UNDER 152 points. Dedric Lawson scored 31 points in that game while going 10-for-19 from the field. The junior forward continues to lead the team in scoring with 19.6 points per game. More recently, he put up 25 points in a win against Texas Tech and 25 points in Saturday’s win against the Cowboys.

TCU battled its way back to .500 in Big 12 play at 5-5 SU with a pair of victories against Oklahoma State at home and against Iowa State on the road in a 92-83 stunner on Saturday as a 9.5-point underdog. The total went OVER BetAnySports’ closing line in both contests and it has gone OVER in the Horned Frogs’ last four games. They are 17-6 SU with a 13-10 record ATS. They have covered in 11 of 17 games this season closing as favorites.

Kendric Davis had the hot hand on Saturday with a season-high 22 points. Desmond Bane leads TCU in scoring this season with 15.0 points per game and he added 17 points in the big upset on the road. This followed a 26-point effort in the previous win against the Cowboys. The Horned Frogs are averaging 76.2 points a game while allowing an average of 68.7 points to their opponents.

The total stayed UNDER 152 points in the first meeting this season in Kansas, but with each team shooting the ball well lately, I have Monday night’s matchup going OVER the 148-point line.