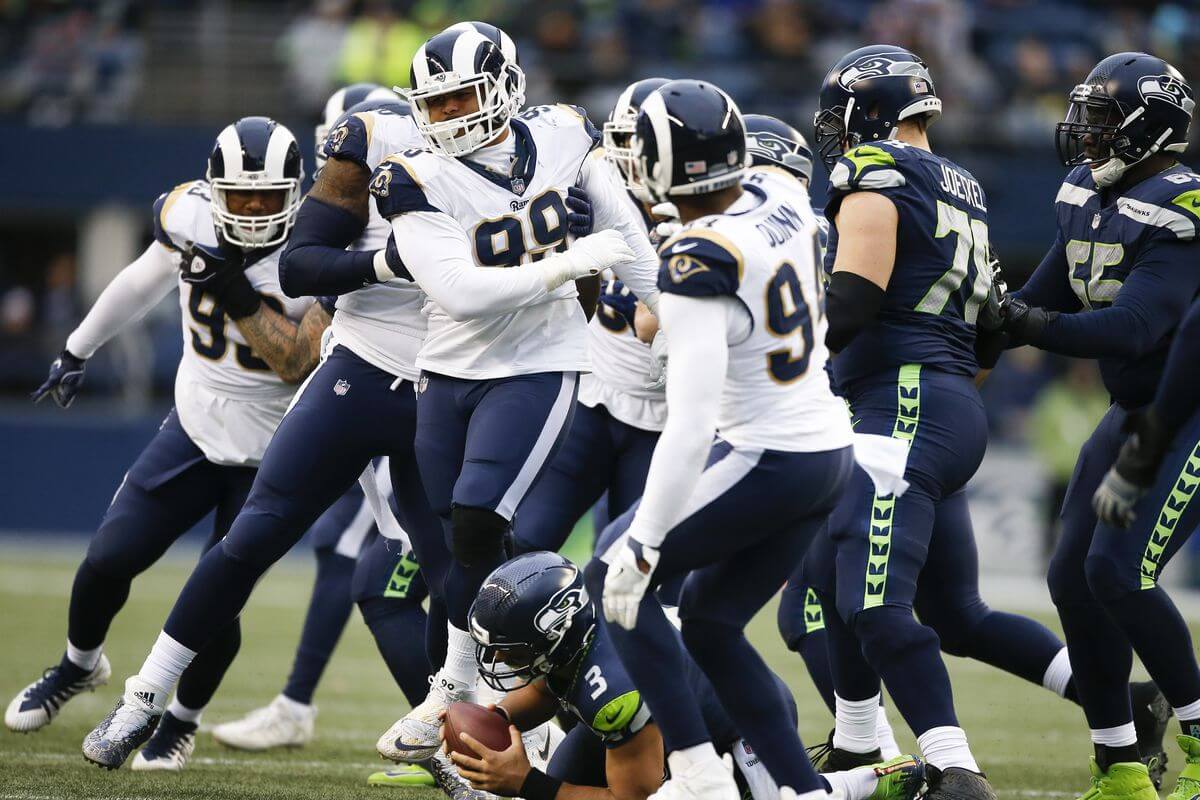 One of the featured 4:25 p.m. starts this Sunday afternoon on FOX is a NFC West clash between the Seattle Seahawks and the Los Angeles Rams.

At 4-4 straight-up with a 4-3-1 record against the spread, the Seahawks know just how important this game is to their postseason plans. Last Sunday’s 25-17 loss to the Los Angeles Chargers as slight one-point home favorites did not help the cause and things only get tougher this Sunday with a road trip to LA. The total stayed UNDER 48.5 points against the Chargers and it has stayed UNDER in six of Seattle’s last seven games on BetAnySports’ closing line.

In the first meeting against the Rams this season on Oct. 7, Seattle was able to keep things interesting in a 33-31 loss as a 7.5-point home underdog. It is hard to see the Seahawks winning on the road if this game turns into another shootout with an offense that is ranked 27th in the NFL in average yards with Russell Wilson at the helm. This team’s strength is still a running game that is ranked third in the league.

The Rams’ eight-game SU winning streak to start the year came to an end last Sunday in a wild 45-35 road loss to New Orleans as two-point favorites. They are now a costly 1-4-1 ATS over their last six games as part of a 4-4-1 record ATS overall. The total went OVER BetAnySports’ 57-point line in that game after staying UNDER in their last three contests. Los Angeles is 2-1-1 ATS in four previous home games.

Opposing teams already know that they are going to have to score at least 30 points to have any chance to beat the Rams, who are third in the league in scoring (33.2). They will have to contend with an offense that is fifth in the league in passing yards (302.8) with Jared Goff at quarterback and first in the NFL in rushing yards (144.3) with Todd Gurley leading the way. There is a good reason why this team still has the best record in the NFC.

Seattle has played ever team tough in its four losses and, while it is doubtful it can win this game SU, I like its chances to keep this game closer than the current 10-point spread.