Tommy D.  is going to break down this awesome game and give us his predictions and odds for today.

Bonnies are 5-2 ATS in their last 7 Friday games.

Bonnies are 1-6 ATS in their last 7 games following a ATS loss.

Bonnies are 1-8 ATS in their last 9 games overall.

Bonnies are 0-4 ATS in their last 4 games vs. a team with a losing straight up record.

Bonnies are 0-4 ATS in their last 4 road games. 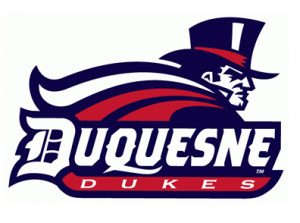 Dukes are 11-5-2 ATS in their last 18 games following a double-digit loss at home.

Dukes are 0-5 ATS in their last 5 Friday games.

This is the Friday, January 21st College Basketball Report where we will be releasing our St. Bonaventure vs Duquesne picks and parlays.

This game tips off at 7 P.M Eastern Time and at BetOnline, St.Bonny is listed as a 5-point road favorite with an over/under of 137.

Before we get to our pick in this game, please subscribe to our channel – Online Sports Bet. Hit the Bell Button – you will be notified everytime I come up with a new sports update.

We have three NBA VIP Plays for tonight. All you need to do is click the link below or visit Onlinesportsbet.com and we will email or text you the picks — Free of Charge. It’s that simple.

Ok, let’s get to our St. Bonaventure vs Duquesne prediction.

Simply put, the season has been a disaster thus far for Duquesne, which has been ravaged by a series of injuries as well as a serious bout with COVID that forced the team to go over two weeks without playing a game. Since returning to the court on January 8, the Dukes have lost two out of three games to fall to 6-9 and that includes getting absolutely routed by Dayton by 20 points at home last Saturday on their home court as a 3-point underdog.

The main culprit for Duquesne’s problems this year has been a defense that is allowing 71.5 points per game, which ranks them 212th in the country. The team is also among the nation’s worst in rebounding and opponent’s shooting percentage and as a result the team has gone over the total in nine of its last 12 games.

The good news for the Dukes tonight is that St. Bonny hasn’t been much better on the defensive end, especially defending the 3-pointer where they rank a pitiful 338th in the country.

So, with two very poor defensive teams squaring off tonight, the offensive players are going to have the edge and this total appears to be a bit too low. St. Bonny is also coming off a blowout loss to Dayton and the team is 13-4 to the over in games that follow a blowout loss. The Bonnys are also 8-1 to the under in their last nine road games so for tonight’s Atlantic 10 Best Bet, let’s play over the total of 137.