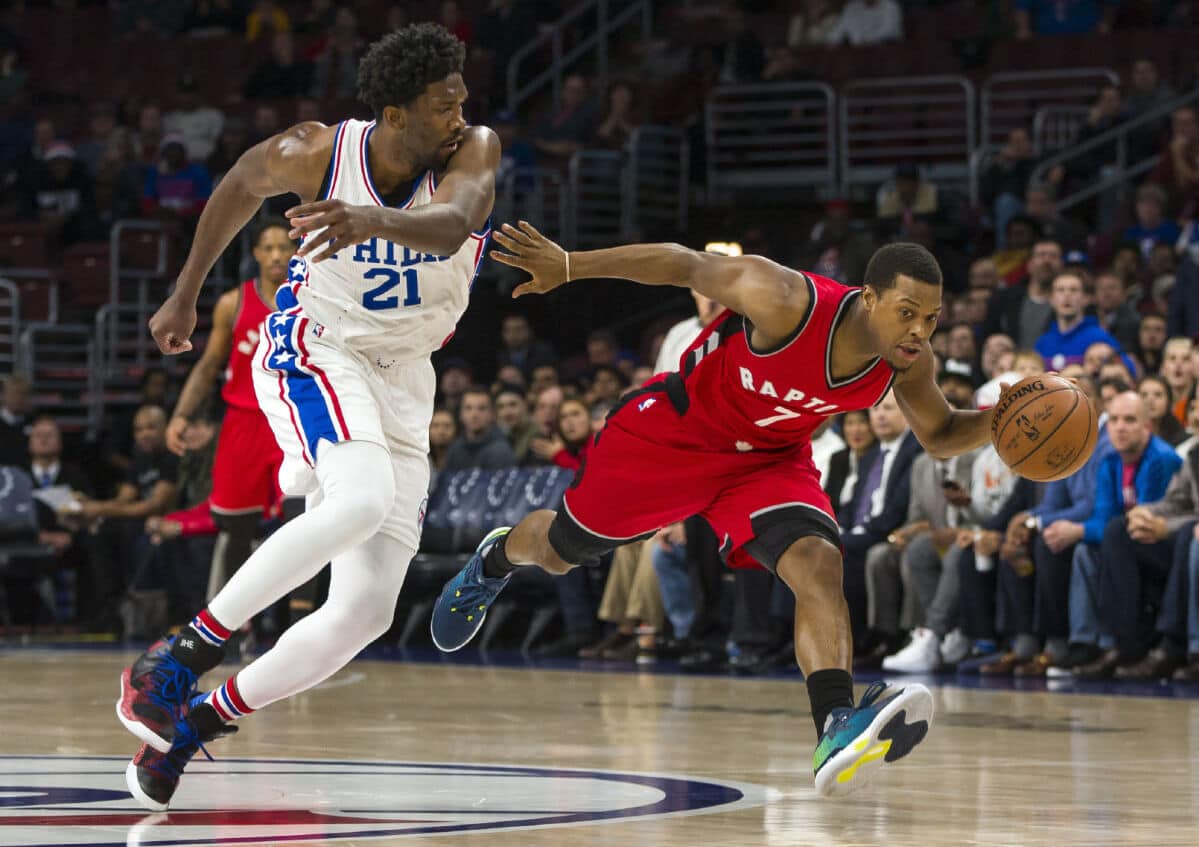 Tuesday’s TNT doubleheader of  betting action in the NBA kicks things off with a big Atlantic Division showdown between the first-place Toronto Raptors and the second-place Philadelphia 76ers in a 8 p.m. tip at the Wells Fargo Center.

Toronto’s lead in the Atlantic stood at 3.5 games over Philadelphia and Boston to start the week. The Raptors beat the Los Angeles Clippers 121-103 on Sunday as 9.5-point home favorites after losing three of their previous four games straight-up. They are 16-11 SU on the road this season with a 10-16-1 record against the spread after failing to cover in four of their last five road games.

Kawhi Leonard scored 18 points and Serge Ibaka added 16 points and 12 rebounds in Sunday’s win. Leonard leads the team in scoring with 27.4 points per game as big part of a Toronto’s scoring average of 113.8 PPG that is ranked seventh in the NBA. Toronto slips to 10th in the rankings when it comes to points allowed (108.5) at the other end of the court. Point guard Kyle Lowry remains day-to-day as the team leader in assists (9.2).

The 76ers return home following a four-game trip out west in which they went 2-2 both SU and ATS. The big takeaway from that trip was last Thursday’s 113-104 upset against Golden State as eight-point underdogs. They went on to lose to Sacramento 115-108 on Saturday as three-point road favorites. The total stayed UNDER BetAnySports’ closing line in their last three games. Philly is a solid 21-5 SU at home this season with a 14-12 record ATS.

Philadelphia’s defense had no answer for Buddy Hield and his 34-point performance in the loss to Sacramento. The Sixers are one of the highest scoring teams in the NBA with an average of 115.5 points per game, but they go from fourth in scoring to 21st in the league in points allowed (112.0). Joel Embiid is the leading scorer with 27.2 points a game.

Philly needs this game more than the Raptors given the 2-1 deficit (SU and ATS) in the regular season series results. I do like the 76ers getting the SU win at home while doing just enough to cover the five points.