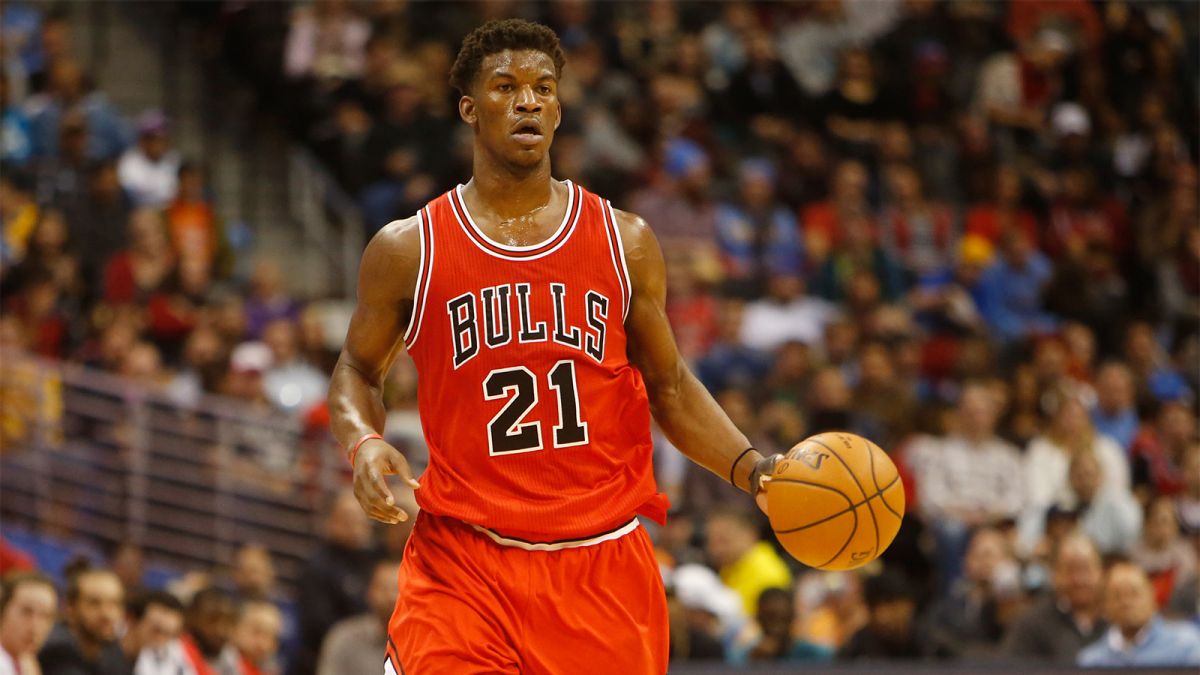 The Chicago Bulls might be heating up at the right time, and perhaps even with the right combination of players on the floor. They have won four straight games, holding each of those opponents under 45% from the field. And now they get an opportunity for some payback against a team that is clearly just playing out the string. They will go up against the New York Knicks on Tuesday night, in a game that begins at 8:05 PM ET at Madison Square Garden. BetAnySports customers will have the opportunity to get reduced juice on all their hoops action, and then after the game tips off, they can stay alive with real-time wagering, courtesy of Live Betting Ultra.

Chicago, which has covered seven of its last nine games, last saw action on Sunday in New Orleans, winning a 117-110 decision over the Pelicans. Jimmy Butler went wild in the first half, scoring 25 of his 39 points, and this went a long way toward mitigating the effect of the Anthony Davis-DeMarcus Cousins combo for New Orleans, which scored 56 points. Dwayne Wade was not in the ball game, as he sits out with a dislocated elbow.

The Knicks, who have lost seven of their last nine, fell by a 110-94 score to the Boston Celtics on Sunday. They allowed 55.6% shooting in the process, and played without Carmelo Anthony, who has a sore back and a sore knee and a status that is putting much in limbo at the moment. Derrick Rose is going to have surgery for a torn meniscus, and he will not be available rest of the season. So the Bulls will face the Knicks, but not to former teammates – Rose and center Joakim Noah, who is at the same time injured and sitting out a 20-game drug suspension from the league.

In the NBA betting odds posted on this game by the folks at BetAnySports, the Bulls are favored on the road:

These teams met twice this season; on November 4, the Knicks came to the United Center and embarrassed the Bulls by a 117-104 count, despite Wade’s 35 points in the game. The Knicks got 25 from Anthony, 27 from Kristaps Porzingis, 15 from Rose and 16 from Noah, shooting 51.7% in the process. Then they met up again on January 12 at the Garden, with the Knicks winning a 104-89 verdict. Butler was out for Chicago, and the Bulls went cold from the field, hitting just three of their 18 three-point attempts.

BetAnySports patrons are aware that the Knicks have gone through a tumultuous season. Anthony has, at times, had a war of words with the teams basketball chief, Phil Jackson, and it has gotten comical at times. He will soon meet with team management and decide what his future is going to be. “Chips will be on the table,” he says.

Meanwhile, the effect of Wade’s absence is a curious one. He is going through a rather rocky first season with the Bulls, who have scored six more points per game in the last nine contests where they have been without him. Butler’s scoring average has gone up about four and a half points, but perhaps that is to be expected. Point guard Rajon Rondo has come alive, with 11.6 points, 6.1 rebounds and 8.4 assists during this stretch. It would appear that perhaps the Bulls are well-positioned for a little revenge here.

BetAnySports gives you a lot of extras, including reduced juice, which affords you better NBA betting odds…… Is also Live Betting Ultra, which allows you to continue wagering even after the opening whistle…… Keep one thing in mind – you can deposit in a number of different ways, including your Visa card, person-to-person transfers and the virtual currency of Bitcoin, which never, ever incurs a transaction fee!