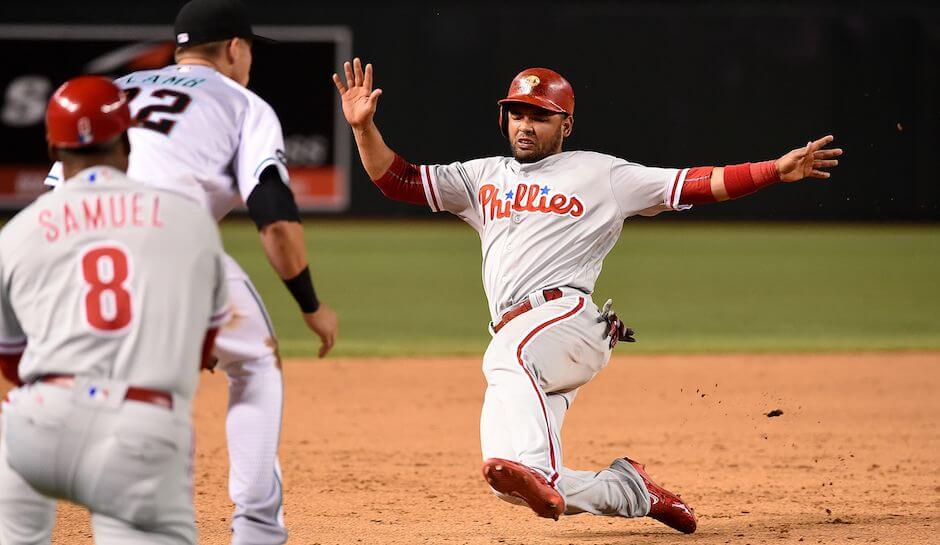 The Philadelphia Phillies and the Arizona Diamondbacks kick off a three-game set at Chase Field this week with Monday night’s series opener at 9:40 p.m.

Philadelphia is coming off a four-game sweep at home against Miami over the weekend to improve to 63-48 overall. It is a game and a half ahead of Atlanta in the NL East with Washington six games back. The Phillies outscored the Marlins by a combined 23-9 and the total stayed UNDER BetAnySports’ closing line in three of the four games. The total has now stayed UNDER in seven of Philly’s last eight outings.

Jake Arrieta is slated to get the start on Monday night. He has picked up the win in four of his last five starts to improve to 9-6 overall. The right hander has allowed just nine earned runs over this five-game span to lower his ERA to 3.32 with a 1.24 WHIP. Philadelphia is a perfect 6-0 in Arrieta’s last six trips to mound as a starter.

The Diamondbacks split a four-game weekend set against San Francisco at home to remain in a first-place tie with the Los Angeles Dodgers in the heated NL West Division race. Colorado is two games back and the Giants are still in the hunt at five games off the pace. Arizona is 62-51 overall with a 30-28 record at home. The total has gone OVER BetAnySports’ closing line in six of their last nine home games.

It will be Zack Godley’s turn in Arizona’s starting rotation for Monday night’s series opener. The right hander is 12-6 on the year with a 4.46 ERA and a 1.47 WHIP. He shutdown Texas over seven full innings last Tuesday while only giving up two hits. The Diamondbacks won that game 6-0, but they are still just 3-4 in their last seven games when Godley gets the start.